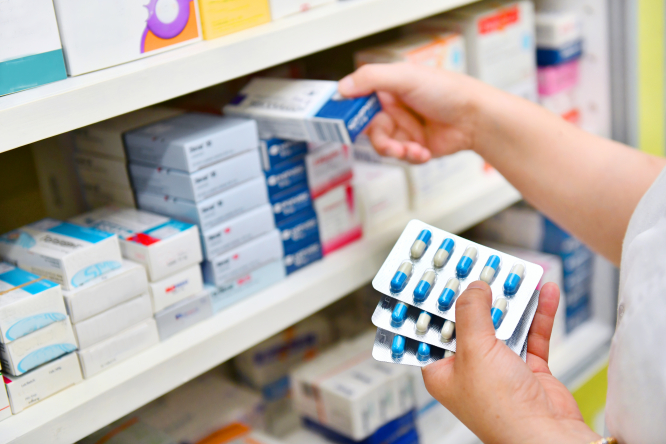 Laboratories must now ensure that there are two-to-four months’ stock of medicines of ‘major therapeutic interest’ in France, the ANSM has said Pic: i viewfinder / Shutterstock

French pharmaceutical laboratories must now maintain stocks of at least two months for all medicines that treat major conditions so as to avoid future shortages, it was announced today (September 3).

The medicines concerned are categorised as ‘médicaments d'intérêt thérapeutique majeur (MITM)’, or medicines of major therapeutic interest. These are medicines for conditions for which even a short pause in treatment could endanger the patient’s life in the short-to-medium term.

For some medicines that have had regular shortages in the past two years, pharmaceutical labs will be required to build up stocks of four months instead of two.

Pharmacies that do not comply will face financial penalties, ANSM said.

“This is a major step forward for patients,” Carole Le Saulnier, legal and regulatory affairs director at ANSM, told FranceInfo. “This is the first time that EU legislation is requiring two months of stock. This will allow us to anticipate any risk of shortages.”

Tensions over medicine shortages have intensified over recent years in France. In 2020, the ANSM recorded 2,446 reports of stock stoppages and risk of shortages. This was up from 1,504 reports in 2019 and six times’ higher than reports four years ago.

This has been attributed to several factors, including difficulties of sourcing raw materials, and certain quality defects on the finished product. The Covid-19 pandemic has also had an impact on the supply of some medicines, a 2020 French report found.

In November 2020, both MPs and senators debated possible solutions to the issue, after consumer association UFC-Que Choisir condemned their ‘inaction’ on the issue.