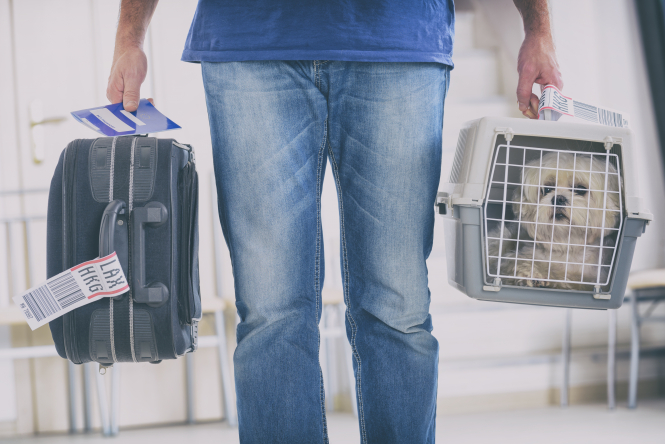 A complication over rabies injections on EU pet passports has cost one British pet owner around £500 Pic: Monika Wisniewska / Shutterstock

A British pet owner who lives in France has told how a difference in French and UK rules for EU pet passports cost him around £500 on a recent trip to the UK with his two dogs.

Dr Cris Emson, who lives in Morbihan (Brittany), has EU pet passports for his dogs issued in France, and also UK pet passports, which are now defunct.

British EU pet passports ceased to be valid from January 1 this year, due to the UK leaving the EU. Now, UK pet-owners who wish to travel to the EU must visit a vet for an animal health certificate (AHC), valid for up to four months for a single trip, onward travel in the EU and re-entry. These usually cost around £100 each.

Despite the UK pet passports no longer being valid, Dr Emson used his one to enter the UK with his two dogs.

Dr Emson instead had to pay for two AHCs for his dogs, and an extra three nights’ stay in the UK, costing him around £500, before he could take a ferry home.

This is despite France’s pet identification database, known as I-CAD, stating that when French vets issue EU pet passports to British people, they should reference the UK pet passport number for the rabies vaccination details.

“When issuing the passport, the veterinarian must record and validate the identification and current rabies vaccination details, referencing the UK passport number,” I-CAD states.

“The pet owner may keep the UK passport as proof of valid vaccinations,” it adds.

Solution to the problem

One way to avoid any confusion when travelling between the UK and EU with an EU pet passport is to ensure that details of the animal’s rabies vaccination are included on the EU pet passport itself, and not just a reference number linked to the now defunct British EU pet passport.

EU pet passports issued in France are valid and accepted in the UK.

The Connexion has found that it is possible for British people with second homes in France to obtain an EU pet passport in France, a cheaper option than paying for AHCs.

Read more: How to get a French EU pet passport as a British second-home owner