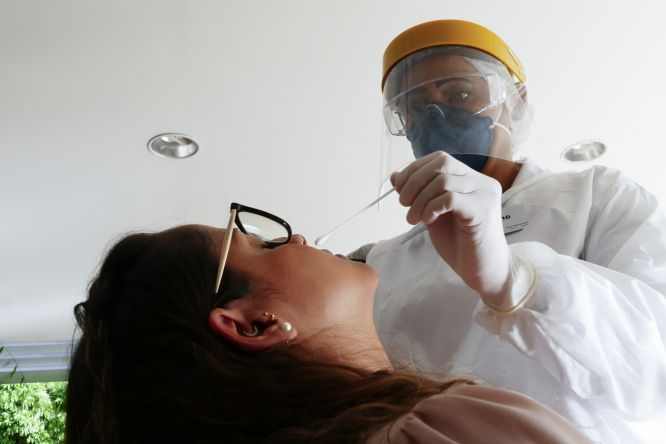 Council President Jean François Delfraissy said people need to start self-isolating as soon as they see suspicious symptoms, rather than waiting for a positive test result.
By Joanna York

Advice from the Conseil Scientifique, given on September 9, warned that progression of the epidemic in France “shows we are heading for disaster”.

One reason for this is the council’s assessment that the country's 14-day quarantine measures have not worked.

Anthropologist Laëtitia Atlani-Duault, who is a member of the council, said an investigation by health bodies la Direction Générale de la Santé (DGS) and Agences Régionales de Santé “shows very clearly” that people in France have failed to stick to 14-day quarantine guidelines.

Ms Atlanti-Duault said a lack of adhesion to the rules has “weakened our ability to control contamination chains”.

Reasons why people haven’t completed 14-day quarantines are complex. The council cited “suspicion and the refusal of the principle of isolation, especially among asymptomatic patients” as well as “pressure to go to work”.

Ms Atlanti-Duault also criticised the quarantine policy for being “without specifications or a budget at the national level”.

The Conseil Scientifique suggested that reducing quarantine from 14 to seven days would make the process more manageable and increase the likelihood that people would follow it correctly.

This suggestion is based on data showing that most people who contract Covid-19 are only contagious for a period of around ten days: four days before symptoms appear and six days after.

Bruno Lina, virologist and member of the council said: “Beyond seven to eight days the virus is practically not contagious."

The proposed shortened quarantine will be discussed in front of a governmental defence council on Friday (September 11).

However, minister for health Olivier Véran has already expressed his support for shortened seven-day quarantine in France.

Other suggestions for improving quarantine adhesion

The council has suggested that doctors should prescribe arrêts de travail (giving workers medical leave) as soon as Covid-19 symptoms appear, even if a positive test result has not yet been returned. In addition, it suggested that employees who cannot go to work because they have Covid-19, or suspect they have it, be compensated for lost revenue.

Finally, it stressed the need for a “significant communications strategy” that “specified the protocol to follow”.

Professor Jean-François Delfraissy, president of the council, said: “Our citizens have the idea that you isolate when you test positive. That’s practically too late. You need to isolate as soon as there are suspicious symptoms. You cannot wait for the results from the test.”

He added that delays in setting up an effective, mass-testing system in France had also not helped matters.

While the council emphasised the need for people to self-isolate at home, it said it would not recommend a policy of enforced quarantine.

Quarantine in France is currently voluntary. By contrast, in the UK and Germany, authorities can check on people who are supposed to be quarantining and issue fines to those who fail to comply.

The council said it was against this form of legal intervention on the basis that it could dissuade sick people from getting tested in the first place.

It said: “As early diagnosis is essential, the risk of introducing obligatory isolation is significant. It could reduce adhesion to testing and early diagnosis. This adhesion has been built up relatively successfully over the past few weeks and months, particularly among young people.”

‘Difficult’ decisions ahead for the government

Professor Delfraissy concluded by saying the government “would be obliged to make a number of difficult decisions” in the coming week.

He warned against being “falsely reassured” by the fact that a rise in Covid-19 cases in France has, so far, not heavily impacted hospitals. He said there could still be “a very fast rise in cases, an exponential rise, in the second phase”.

France targets 1 million covid tests: what to do if positive