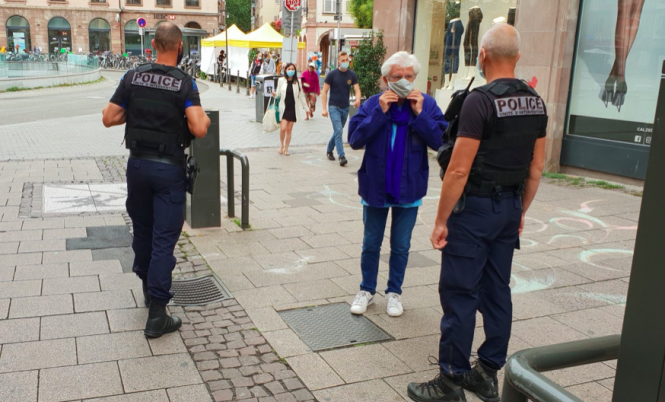 New departments in the ‘red zone’

Seven new departments were added to the so-called “red zone” with “immediate effect” in the most recent decree issued in the Journal Officiel on Sunday September 6.

They bring the total number of departments up to 28. The Bouches-du-Rhône and Paris were the first departments to be included on the “red list” on August 14.

What does being in the ‘red zone’ mean?

It means that the virus has been judged as “circulating actively” in that area. This means that the incidence level is likely to be near or at 50 cases per 100,000 inhabitants, over the past seven days.

According to the Direction Générale de Santé (DGS): “A zone with active circulation is characterised mainly by a level of incidence (the number of cases per 100,000 inhabitants over seven days) higher than 50, and an unfavourable epidemic dynamic”.

A number higher than 50 is over “the alert threshold”, the DGS said.

The update comes as authorities across France have disagreed over whether masks can be made mandatory everywhere in all public places.

On Sunday night, the high court Le Conseil d’Etat said that local prefects were indeed authorised to make masks mandatory in all public places at all times, but with some conditions.

The state had called on the administrative courts of Strasbourg and Lyon to reverse their decision to make masks mandatory everywhere, at all times, in the Rhône and Bas-Rhin departments.

According to the decree in the departments, masks are required 24 hours a day in all public places for anyone aged 11 or over, in the cities of Lyon and Villeurbanne in the Rhône; and in Strasbourg, and 12 other towns with more than 10,000 inhabitants in the Bas-Rhin. Only cyclists and joggers are exempt.

The state had requested that the decrees be modified by a new rule, which would mean that masks are not required in areas that do not “have much population density” and are not bound by circumstances that would “make spreading the virus easy”.

The case against the decrees was initially brought by two hospital workers in Alsace, and a Lyon association, Les Essentialistes Auvergne-Rhône-Alpes.

It asked that the prefectures in each department lift the requirement to wear a mask, “at times during which there is no risk of the virus spreading” (for example, someone walking their dog outside in the early morning with no-one else close by).

Marc Jantkowiak, one of the Alsace hospital workers’ lawyers, told the Agence France-Presse that his clients were not “anti-maskers”, and reiterated: “It is the minister for health, Olivier Véran, who made the appeal.”

In a judgement handed down on Sunday night, the Conseil d'Etat said that towns were indeed permitted to "impose mask wearing in public areas, in a way that would make this obligation coherent and easy to apply for citizens".

However, it added the caveat: "These spread-out zones must be marked - and must be justifiable - by the existence of several zones that have a high risk of contamination."

In short, towns have been granted the power to make mask-wearing mandatory, but only in areas where a high risk of the virus spreading exists.