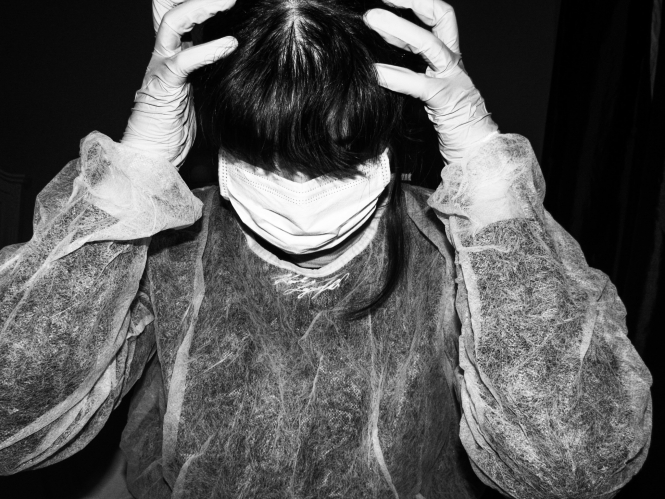 Professor Jean-Paul Stahl, a specialist on infectious diseases at the Centre Hospitalier Universitaire in Grenoble, speaks to The Connexion about France’s new measures to prevent the spread of Covid-19.

President Emmanuel Macron has said we are now in the second wave of the virus. What have we learned since the first wave?

Yes. Well, It’s the second wave, or a continuation of the first.

We have learned how to better treat people [with the virus]. In effect, they are recovering a little better, they are going a little less to intensive care. That’s the first thing.

The second thing is that we have learned more about the importance of people who do not have symptoms, regarding contagion.

We didn’t know this at the beginning. We thought that it was contagious only through people with symptoms, but in fact, we have learned that people without symptoms can also be contagious in a very significant way. That has helped us on the question of prevention.

What do we need to do to get through this second wave?

Respect the rules. For example, when you have certain elected representatives, or mayors of big cities, who cry scandal because we have closed their bars and restaurants, saying that it is inadmissible, etc. I say, these are irresponsible people. Completely irresponsible.

I am the first to say that it is a shame that bars are closed, but it is also a place where there is a lot of contagion. It is scientifically proven. It suffices just to look at bars, people are close to each other, they don’t have masks because they are drinking.

We have to close the bars, I’m sorry. When an elected official says it is a scandal to do that, it is them who are irresponsible, as well as idiotic.

What about in universities or schools, etc?

This is slightly different. I am working in a university so I can see what is happening. First of all, there are amphitheatres, or big rooms, so we can separate the students. Instead of doing one course we are doing two, but it’s feasible.

The government has introduced the “rule of six”, encouraging people to not gather in groups of more than six, outside or at home. Why six?

Statistics. We have an idea about the prevalence of people carrying the virus in the population. If we make the number six, the risk is not zero, but it is limited. If, among the six, one is contagious, obviously the virus will be spread to all the others.

But it is really a statistical evaluation in the population.

Is this rule strict enough?

Well, the next step would be confinement. We could say four, but then people would basically not be able to meet up. Nothing is strict enough. The strictest is lockdown.

It is a measure that lowers the risk, but not to zero, and still allows people to have a social life.

And what about another lockdown. Ireland has recently announced one. Will France?

It is possible that we could have another lockdown, but it is unlikely to be nationwide like the first time. I am not the president of the Republic, but I don’t think so.

I think we will see confinement measures that are local, or targeted at certain jobs, or activities. More regional than the first confinement.

The goal is to avoid people being too close to others and contaminating them, so every rule that limits people gathering is foreseeable.

And what about the recent curfew that has been introduced in nine areas, is that an effective measure?

The government is encouraging people to travel during the holidays. Does that make sense?

They are, but either in regions where the virus is circulating less, or if people are going to places where there are stricter measures then they have to respect them. If there is a curfew, they need to respect the curfew.

On the other hand, it is striking a balance between health and the survival of the economy. The government is obliged to manage these two needs that are opposites. It’s complicated.

Brigitte Macron is self isolating due to being a contact case. How is that rule going in France?

In other countries in the world this is checked by the police. Here, for the moment, it is not the case. We are telling people to isolate, to stay at home, not for 14 days but for seven days. But if they don’t want to do it, there are no police checks. There should be.

With the virus continuing to spread, the number of contact cases will continue to rise and we could have a lot of people self-isolating. Could that be a problem?

It’s a problem in terms of work. If people can work from home, things will go normally, but if people can’t, it will become a problem.

That’s why in hospitals we are allowing nurses or healthcare workers who are positive for Covid-19 but without symptoms and who are able to work, to continue to work.

We are accepting them because these are people who are very used to wearing masks, and wearing them as they should. It sufficiently protects the people around them.

In other professions, people are not used to wearing masks. So we expect them to not wear them correctly. So allowing them to continue to work would not be a good idea.

In theory, if we are wearing masks properly, everyone could continue to work as normal.

What are the new Covid rules in France from tomorrow?