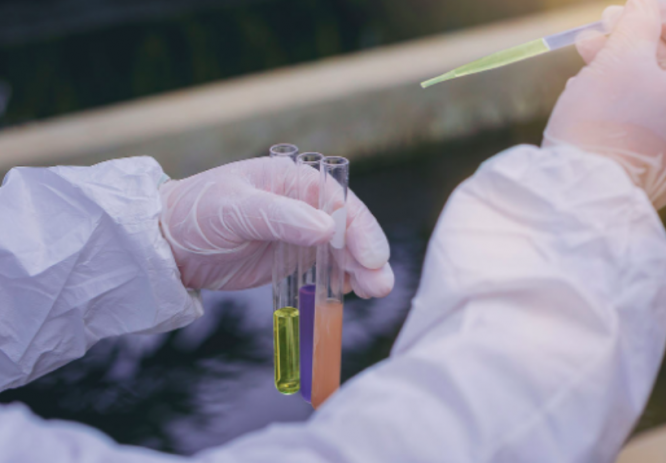 The French capital has been under stricter Covid rules, which are now in place nationally, since March 20
By Joanna York

Circulation of the Covid-19 virus has been going down in Ile-de-France since March 22, the water monitor Obépine has found.

The region contains eight of the 16 departments that, on March 20, were put under stricter rules to limit the spread of the virus. These rules have applied nationally since April 3.

Obépine analyses data from samples of used water collected in purification stations to measure and anticipate changes in the circulation of the virus.

Professor Vincent Maréchal, virologist at the Sorbonne and cofounder of Obépine, told FranceInfo yesterday, the reduction in circulation in the capital was “an encouraging sign” that was “probably” due to the stricter rules.

He said the “psychological impact” of more Covid restrictions being introduced could also have played a role.

“There is very probably a wider realisation now that we need to finish this. Barrier gestures are, without doubt, being respected more,” he said.

This comes as researchers have released the results of a study showing that people on low incomes living in densely populated areas have been more heavily impacted by the virus than people who are better off.

Researchers from Aix-Marseille University studied data from the Provence-Alpes-Côte d’Azur region and found the spread of the virus did not follow the same trajectory across different socio-economic profiles.

Epidemiologists Professor Jean Gaudart and Dr Jordi Landier told FranceInfo they started the study during the second wave of the virus in France in autumn 2020.

They found Covid cases rose during summer 2020 throughout Marseille. But, in September, numbers started to stabilise in wealthier parts of the city, while they continued to rise in poorer areas.

Lack of testing and difficulty enforcing barrier gestures to blame

The researchers put this down to multiple factors.

Firstly, they said barrier gestures such as isolating, working from home, accessing information and accessing social support, were easier for people with higher incomes and larger homes.

“In poorer neighbourhoods, some people cannot allow themselves to isolate. Because if they do, they won’t have anything to eat,” they said.

Their research found that poorer urban populations have also had less access to Covid testing.

This was exacerbated during periods when demand for tests was reported to go up overall, such as over Christmas.

While testing increased in wealthier areas at these times, any rise in testing in poorer areas was “limited”. As such, incidence numbers in poorer areas were often underestimated due to a lack of accurate data, the researchers said.

Concern inequalities will continue with vaccines, and beyond

The researchers said such issues could persist through the vaccine campaign, as poorer populations find it harder to access medical care in general.

But, they added, “initiatives to open vaccination centres in these areas, strong involvement from health professionals and local associations, and vaccine buses [which can drive to people’s homes] seem very promising”.

Nonetheless, the extra impact of the health crisis on poorer populations is likely to have a knock-on effect on their health, social and economic prospects for years to come.

The researchers said: “It is probable that the exit from the crisis will be marked by worsening social and health inequality.”