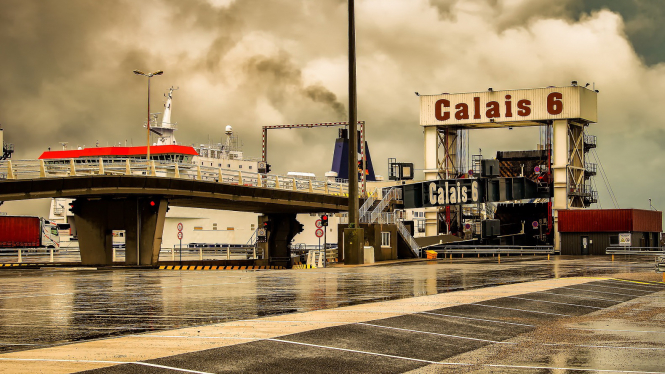 France plans to introduce compulsory Covid tests for all French nationals wishing to return to France from the UK, according to reports.

This applies to French nationals resident in the UK, as well as those who have only been in the UK for a short period, Franceinfo reports. Britons who are permanently resident in France will also be able to return with a test. For anyone else, the borders will remain closed for an as-yet undefined period.

The UK government hopes that a lateral flow (antigen) test would be acceptable to the French authorities as well as the standard PCR ones, as they are quicker and easier to process. They are however considered slightly less accurate than PCR tests, which can take 48 hours or more to process a result. Discussions are ongoing.

An announcement on measures agreed between President Emmanuel Macron and Prime Minister Boris Johnson on what would replace the initial 48-hour ban on travellers and lorries was expected on Tuesday afternoon, France's Transport Minister Clément Beaune said. It is believed lorry drivers would be allowed to travel to France.

The first priority is getting freight moving to clear the backlog of lorries stacking up on both sides of the Channel, in Kent and Calais. On Tuesday morning, UK Home Secretary Priti Patel told Sky News that some 1,500 lorries were stuck on the M20, waiting to be allowed onto ferries that could not yet set sail.

Royal Mail has temporarily suspended all mail services to Europe, apart from Ireland, due to the "current restrictions around air, road, ferry and train movements from the UK".

It is expected that traffic will not start moving again until Wednesday. Even when France does reopen its border, this backlog is likely to take time to clear, especially if drivers need to provide negative Covid-19 test results before crossing the Channel.

Read more: How do I get a Covid test in UK

As reported on Sunday French government spokesman Gabriel Attal urged anyone hoping to travel to France in the short-term to "get a PCR test as soon as you can", suggesting that would be the only level of test to which France would agree.

But there is no confirmation yet on timing for reopening passenger air, rail and ferry services between the UK and France. It is hoped the announcement on Tuesday would reveal more on this.

Cross-Channel rail operator Eurotunnel has said it hoped passengers can again travel between the UK and France from Wednesday or Thursday - depending on when a schedule can be agreed. British Airways has said it will operate "a reduced and dynamic schedule" once the ban is lifted.

EU officials have been holding talks on finding a co-ordinated bloc-wide response. An update from Brussels is also expected sometime on Tuesday.

One option discussed was demanding that travellers from the UK record a negative Covid-19 test within the 72 hours before they make any journey into the EU.

Cases of the virulent mutated strain of the Covid-19 virus that prompted more than 40 countries to ban travel from the UK have now been confirmed in Denmark, Australia, Italy and the Netherlands, while unconfirmed cases have also been reported in France.

1 day ago
5
Covid France: Calls for AstraZeneca vaccines for over 65s