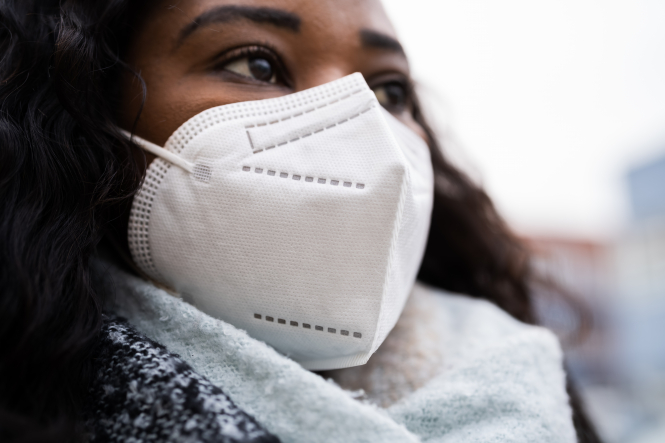 Authorities can now only order people to wear masks outside if the situation demands it, the Conseil d’Etat has said Pic: Andrey_Popov / Shutterstock

Rules requiring facemasks to be worn outside to combat Covid have been formally validated by France’s highest court - but there are some conditions.

The ruling confirms a decision made by Prime Minister Jean Castex at the end of December 2021.

Read more: Recap: What are the rules for wearing a mask in France now?

Yet, the court stated that people cannot be required to wear a mask outside to prevent Covid except in the case of some conditions.

The rule came into force in many areas at the end of last year, but the court was consulted after some called for the suspension of the requirement, and many objected to the blanket “outdoor” rule.

Now, the Conseil d’Etat has stated that rules requiring people to wear masks outdoors must be:

Prefects were also granted the right to impose appropriate, marked mask-wearing zones to make the rules easier to interpret and enforce.

In a statement, the court also said: “The prime minister must take into account eventual changes in scientific knowledge to adapt, if needed, instructions to prefects, and to put an end to this requirement if the usefulness of wearing a mask outside is no longer established.”

The continued high cases of Covid are putting pressure on hospitals, which still have 25,000 Covid patients admitted, of which almost 4,000 are in intensive care units, according to the latest figures from Santé publique France.

While Covid is mainly spread through the air in indoor places, it can also spread outdoors. The wearing of masks has been reintroduced as Omicron is now the dominant variant in France, making up more than 75% of new cases.

Omicron is considered to be more contagious than its predecessors.

A study on the effectiveness of masks [and chance of infection], from Cornell University in autumn 2021, found:

The study therefore concluded that wearing an FFP2 mask makes you 75 times less likely to contract the virus than wearing no mask – although the study was done before the dominance of the Omicron variant, and focused on indoor activity.

Repeated Covid booster doses will not end the pandemic, says WHO

Up to 800,000 French health passes could be deactivated on Saturday