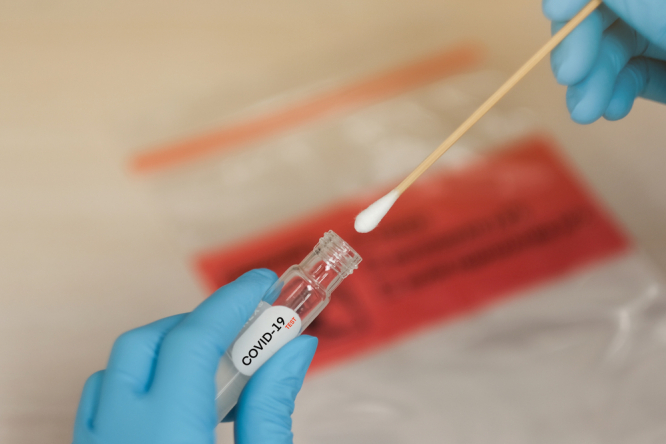 Sequencing of Covid tests in the region is still underway to track the possible spread of the Delta variant Pic: Horth Rasur / Shutterstock

The ‘Indian’ variant of Covid-19, now known as the ‘Delta’ variant, is continuing to spread in the southwest of France, with 29 new cases confirmed since Wednesday this week.

These extra cases were identified by the regional health agency l’Agence Regionale de Sante (ARS) since June 2, on which date it was also announced that there had been two cases in one family in the Landes department.

The ARS has said that it also estimates that “around 20 other” cases are likely in the department too, but these have not all been sequenced to identify if they are definitely of the Delta variant.

It said: “[We believe these 50 or so cases] are generally in a group of around a dozen areas of [mainly family] contamination, pending results of investigations that are still ongoing, to cross reference data and check the chains of contagion.”

The cases have so far been tracked to six communities across several communes in the department.

It comes after health authorities also announced cases of the Delta variant in Dax, without the patients having had any contact with anyone who had recently travelled to India or the UK.

The area then stepped up testing and sequencing.

In general, the government has said that it is worried about the rising cases of Covid-19 in Occitanie and Nouvelle-Aquitaine.

The ARS has termed the situation as “unfavourable” and said that the current incidence rate in Landes is 95.6 cases per 100,000 inhabitants; which is “higher than the national average” of 84, and has risen “by 35% in less than three weeks”.

Pascal Crépey, an epidemiologist at the Ecole des hautes études en santé publique in Rennes (Ille-et-Vilaine), told FranceInfo: “We are in exactly the same situation, more or less, than we were in January, a situation that seemed under control and was going in the right direction, but unfortunately, the arrival of a new variant that spreads more easily came to play fun and games.”

Health Minister Olivier Véran has today said that overall, the health situation is improving across most of the country, but that he is maintaining “awareness” of the Delta variant.

He told BFMTV: “Overall, the epidemic situation is continuing to improve significantly across most of the country, with a drop of 20-25% in the spread of the virus each week. Gradual deconfinement has not stopped this.”

He said that the government did not see the spread of the Delta variant as an “extension of the epidemic”, but merely “clusters” in certain regions, especially Landes.

He said: “The battle will be won when [the number of patients in intensive care] falls below 2,000 cases.”

The most recent figures in France (from June 5) show that there were 2,883 new admissions to hospital over the past seven days, of which 656 were to critical care units and 463 of those were to intensive care. There are currently 2,525 Covid patients in intensive care nationwide in total.

Mr Véran added that if there had been no new wave of the pandemic by autumn, “we will be able to say that Covid is over”, but that for now, he was “maintaining levels of vigilance”.

Covid France: Why are cases rising in the south west?
How is France tracking spread of Indian variant of Covid-19?
Covid France updates June 3: Indian variant and mixing vaccines
South west France and Covid case rises: ‘We must stay vigilant’