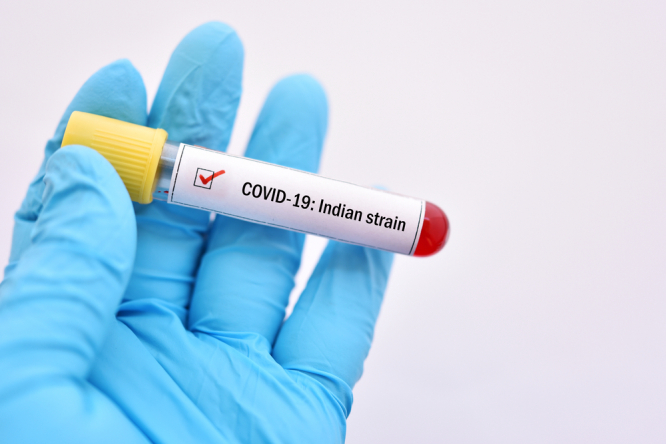 The Indian strain of the virus has been detected in the Landes, but appears to be contained for now Pic: Jarun Ontakrai / Shutterstock

A student in Dax (Nouvelle-Aquitaine) who tested positive for Covid-19 at the beginning of May has been found to have had the Indian variant. This is despite no one in his family having had any recent contact with anyone who had recently travelled from India or the UK.

His class was closed immediately and he and his family members self-isolated which appears to have stopped the spread of the virus further in the area.

The Indian variant is still relatively uncommon in France.

Read more: How is France tracking spread of Indian variant of Covid-19?

2. Gap between vaccines could be extended for summer holidaymakers

Health Minister Olivier Véran has said that it will be possible to extend the gap between vaccination injections given at the same centre, to enable the campaign to continue despite the summer holidays.

He told TF1: “As it’s summer, this waiver, from tomorrow or in the next few days, will allow you - when you make the appointment for your first injection - two extra possible weeks between the first and the second injection.

This means that people will be encouraged to book their second vaccination at the same place as their first, and fit the appointments easily around any planned holidays.

Previously, the gap permitted between vaccinations was only 39-42 days, but medical authorities have said that extending the gap will not reduce the effectiveness of the doses.

Mr Véran confirmed: “This flexibility will allow us to not slow down the speed of vaccination in June.”

Ministers have said that popular tourist areas will be sent more doses of the jabs, to enable some people to get a second injection in a different region from their usual home town.

However this should remain the exception rather than the rule, the government has said, to avoid destabilising the system.

President Emmanuel Macron confirmed during a visit to the Lot on June 2 that 12-18 year-olds will be able to have a Pfizer-BioNTech vaccine from June 15, after the European Medicines Agency authorised its use on 12-15 year-olds on May 28.

The health minister later specified that vaccinations for minors will be on a “voluntary basis, with parental agreement”.

Mr Macron congratulated the country for having reached the milestone of 50% of the adult population having received a vaccination so far, and said France was on track to reach its target of 30 million people having at least one injection by mid-June.

He reminded people to stay “extremely cautious and alert” even after vaccination.

4. Trial to begin on ‘mixing and matching’ different vaccines

A trial to test the interchangeability of mRNA vaccines - namely Pfizer/BioNTech and Moderna - is set to begin in the next few days in France.

The idea is to see whether it is safe and effective to have a first dose of Pfizer/BioNTech, and a second dose of Moderna - or vice versa.

Early data suggest that the two vaccines could be interchangeable, as they both use the same technology (mRNA).

The mRNA (messenger ribonucleic acid) technology effectively teaches the body to make a protein or piece of protein that triggers an immune response, using a single-stranded molecule that breaks down soon after injection.

In contrast, viral vector vaccines (AstraZeneca, Janssen) use a modified, harmless version of a similar virus itself to teach the body this immune response.

It comes as the government decided that people aged under 55 who had received one dose of the AstraZeneca jab could have a second dose of an mRNA jab (Pfizer or Moderna), after a small risk emerged of blood clotting issues with the former.

So far, the World Health Organisation has said that it does not yet have “adequate data” to make an official recommendation on the safety and effectiveness of changing vaccines between doses.