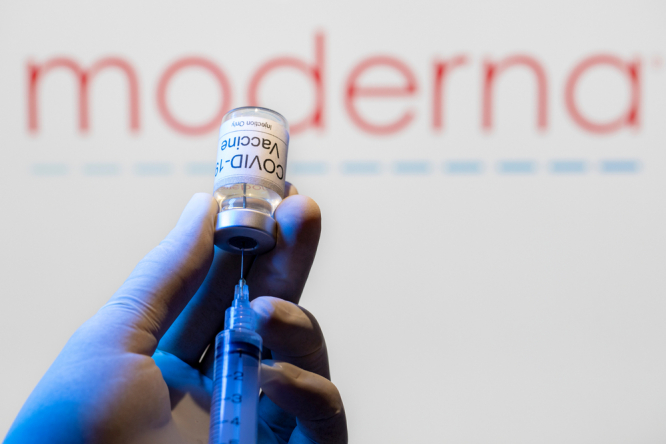 Logistical problems have marred the continued rollout of the Moderna vaccine in pharmacies, amid other Covid-19 updates this week Pic: TY Lim / Shutterstock

As vaccinations continue amid growing concern over the Indian variant of the virus, we explain the latest updates.

1. Logistical problems as Moderna vaccine comes to GPs and pharmacies

The mRNA vaccine Moderna is now authorised to be administered by GPs, pharmacists, nurses and midwives, joining the AstraZeneca and Johnson & Johnson jabs. The Pfizer jab is still only available at large vaccine centres.

The Moderna vaccine has been much-anticipated as, like Pfizer, it uses mRNA technology rather than the controversial viral vector system seen in the AstraZeneca and Johnson & Johnson jab.

But logistical problems have caused delays. A van carrying 145,000 doses – a third of those set to be administered per week – broke down on May 26, delaying deliveries that had been scheduled for May 27-29.

This has meant all appointments for today (June 2) have been cancelled.

Pharmacy group la Fédération des syndicats pharmaceutiques de France (FSPF) issued a statement condemning the situation as an “unacceptable delay”, and is recommending that all pharmacists “wait to receive vaccines before booking in appointments”.

Philippe Besset, president of the FSPF said that since January there has not been “a single week with smooth delivery” in France.

But the Health Minister said: “This happens sometimes with complex logistics. When you are managing delivery to 90,000 professionals every week...sometimes a van breaks down”.

Deliveries of Moderna that were ordered on May 25-26 are expected to be delivered between June 3-6; and pharmacies have already started to build up waiting lists for the jab.

The president of pharmacy union l’Union des syndicats de pharmaciens d’officine (USPO) told Le Monde: “People that we call are enthusiastic about the idea of getting the Moderna jab.”

But Mr Besset said that people’s patience could run out with vaccination delays. He said: “People are tired of waiting and are looking for other solutions at vaccination centres.”

The government is debating whether to relax the strict time limit on the gap between vaccine doses, in a bid to ensure the campaign does not become derailed due to the summer holidays.

Currently, the gap between first and second doses for the most popular jabs – Pfizer and Moderna – is between 39 and 42 days, and the second dose must technically be given in the same location as the first.

There are fears that maintaining such a rigid timetable for second doses could lead to low take-up of jabs overall, as people leave their usual home region for summer breaks and cannot ensure they will be at home exactly 39 to 42 days later.

The government is considering whether offering people more flexibility on the dates of their second dose could avoid the vaccination campaign slowing down over summer.

In a statement, the Health Ministry said: “We must encourage vaccination as quickly as possible, and not delay the first injection due to holidays.”

In theory the second dose of the vaccine must be given in the same location as the first, but in practice this can be changed.

Online booking platforms currently offer you the chance to book a second injection in the same location as the first, without offering an alternative. Yet, you can then cancel that second appointment, and make another one in another location.

This means that, technically, holidaymakers could get a second injection while away from their home region.

But the Health Ministry said that this option should “remain the exception” as using this “safety net” too much could lead to stock issues across regions, and cause loss of vaccines.

Regional health agencies are currently working to “anticipate the movements of the population” and “imagining ways to vaccinate more people in tourist areas”.

3. Maps: What’s the situation in your region?

Prime Minister Jean Castex has said that “the horizon is clearing”, meaning that all signs of Covid-19 are on the decrease in France, but the virus is still present.

Ministers are expected to discuss issues on the next stage of managing the pandemic at the Defence council meeting today (June 2).

Topics are set to include vaccination for children over 12, how to maintain the pace of vaccination over the summer, and whether people who have had Covid require a second vaccination dose.

It comes as the government keeps a close eye on Covid indicator levels nationwide, with wide variations between regions, amid the continued spread of the dominant UK variant, and fears of the spread of the Indian strain.

Figures suggest that incidence levels – the number of cases per 100,000 inhabitants – are still high, but decreasing overall.

All other regions are between the alert thresholds of 50-150.

The level of incidence appears to be dropping in all departments over the past weeks (except the Pyrénées-Atlantiques).

Similarly, intensive care units appear to be emptying. This is good news, as the level of intensive care bed occupation is often used as a major indicator of how much pressure the health system is under at any one time.