Covid booster for all adults in France: Majority in favour of new rule 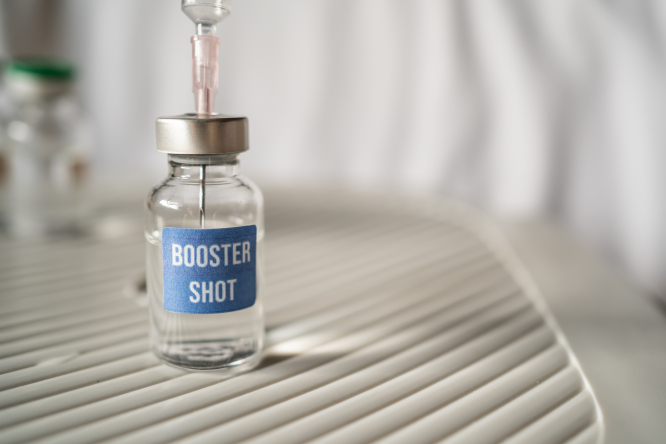 Almost three-quarters of people in France are in favour of extending the Covid booster shot to all adults aged 18+, as the government today confirms the measure Pic: Wachiwit / Shutterstock

Most people in France are in favour of all adults being offered a Covid booster jab, but there should be no new lockdown or curfew, a new poll shows, as the government today confirms booster jabs for all.

The results come as the government has today (November 25) just announced new measures to contain the spread of the virus, including opening booster jabs to all adults aged 18 or over.

Eligible adults will need to get a booster at their allotted time (minimum five months after their last jab) if they wish to continue using their health pass after January 15, as the fifth wave of the virus continues.

According to Health Minister Olivier Véran, from Saturday (November 27), 25 million people will be eligible for their booster. So far, 6 million people have already had a booster.

Previously, the booster was only available to certain people, including those aged 65 or over, or the especially vulnerable.

The poll, for Le Figaro by Odoxa-Backbone Consulting, found:

Mr Véran today reiterated that there were no plans for “a confinement, nor curfew, nor planned closure of shops, nor limits on movement”.

And last week, government spokesperson Gabriel Attal has said there were no plans to reinstate a curfew or lockdown, although he did admit that 18 months of “health crisis” has taught him that he “cannot rule anything out” for sure.

Mr Véran said today: “France is seeing a fifth wave, which will definitely be stronger and longer than the wave seen in the summer. [Yet] we are still hoping that we can get through this wave without using the most severe constraints.”

Mr Véran continued to push people to get vaccinated as much as possible, saying: “If we did not already have this [relatively high] level of vaccination, we would already be overwhelmed by this epidemic wave, and we would probably already be in lockdown.”

Despite the government’s assurances, however, almost three-quarters of people (74%) fear that the protests taking place against new anti-Covid measures in Europe (including in Belgium, the Netherlands, and Austria) could spread into France.