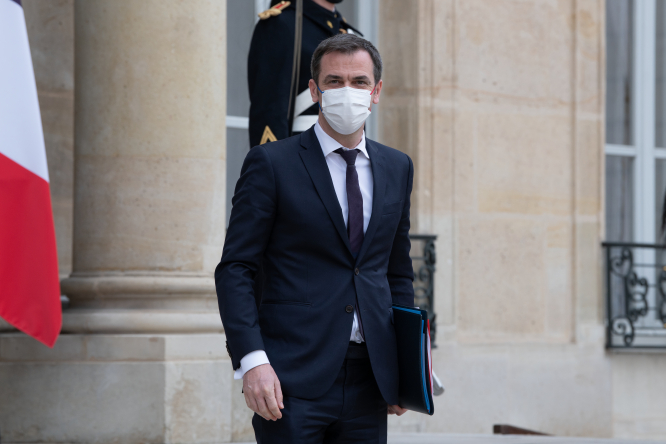 France’s Health Minister Olivier Véran is due to announce a series of additional measures aimed at containing the spread of Covid at midday today (November 25).

This comes as 30,454 new cases were reported on Tuesday (November 23), the first time that this level has been reached since August. France’s infection rate is expected to tip over 200 per 100,000 people this week, having risen from around 60 at the beginning of the month.

Government spokesperson Gabriel Attal announced yesterday that the government’s new course of action would centre around:

No details of the measures to be introduced have yet been announced, but several news outlets have published predictions based on communication with government sources.

It is predicted that Mr Véran could announce the extension of the booster vaccine dose to the whole population, and its progressive integration into the health pass system, according to information accessed by BFMTV.

France’s health service quality regulator, Haute Autorité de Santé (HAS) has already recommended the vaccine booster for adults over 40 years of age, while the Conseil scientifique and the Conseil d’orientation de la stratégie vaccinale have advised that all adults are given the extra jab.

The required gap between the injection of the second and third vaccine doses may be reduced from six months to five, although the government will have to follow the advice issued by HAS.

It has also been reported that people will have seven months after their second vaccine dose to get their booster: so once they become eligible for the additional dose they will be given two months in which to get it.

If this happens, it may be possible to adapt the TousAntiCovid app so that people are warned when their health pass is approaching expiry.

In addition, the validity period of a PCR test taken for the health pass could be brought from 72 hours down to 24.

Almost 360,000 booster vaccination appointments were made yesterday on Doctolib, a new record.

Reports suggest that mask-wearing could become obligatory in all establishments accessed by members of the public, and in outdoor settings where there is a high number of people, such as Christmas markets.

The government may also decide not to send nursery and primary school classes home after just one Covid case arises, but the children will be subject to testing and will only be allowed to stay at school if they are negative.

Some 6,000 classes were closed as of Tuesday according to Education Minister Jean-Michel Blanquer, compared to 4,048 on Friday, November 19. This has raised concerns about the continuity of children’s education, as it is often more challenging for teachers to facilitate learning from a distance.

The government’s new measures – whatever they turn out to be – were put to senators and MPs yesterday afternoon, and this morning Prime Minister Jean Castex will discuss with local authorities.