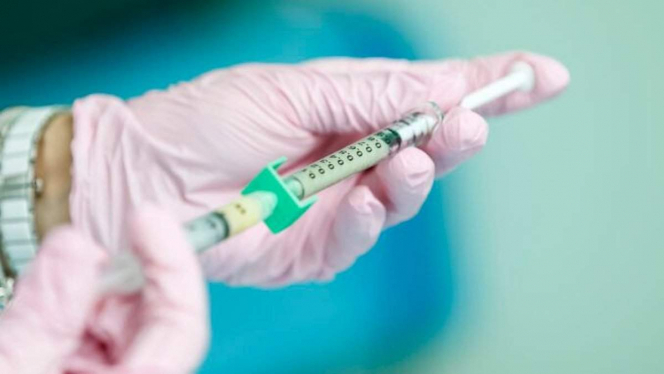 Covid-19 vaccine doses are not being sent as priority to the most affected areas in France - and it is a deliberate choice, the Ministry of Health has stated.

Most Covid vaccinations in France not in worst areas

This is due to the government’s rollout strategy that seeks to spread doses around the country based on priority groups of people, not priority areas.

"As the epidemic is by nature subject to change, we could not have adapted our strategy to suit ever-changing data. The rule is equality between territories,” the Ministry of Health informed public radio network FranceInfo.

France began its vaccination rollout targeting the most vulnerable people - those residing or working in elderly care homes - in late December 2020.

On January 18, vaccinations were open to the general public, beginning with those aged over 75 and those with severe health issues. Medical professionals aged over 50 also have access to Covid vaccines.

The government has therefore aimed to distribute doses around the country based on the number of people who fall into these categories, rather than on the regions the most affected by Covid-19.

The Grand Est regional health agency (ARS Grand Est) stated that the best long-term protection against Covid-19 is to prioritise vaccinating the most vulnerable people at the same rhythm across the whole country.

“Taking the decision to vaccinate one territory as a priority at a given time could prove, after a few weeks, to be a bad decision if the pandemic gains ground in a department that has not been targeted,” the agency told Franceinfo.

There have been two notable exceptions to this strategy so far.

The first is that on January 10 the Ministry of Health announced that it would distribute the first 50,000 doses of the Moderna vaccine to the most affected regions: Grand Est, Bourgogne-Franche-Comté, Auvergne-Rhône-Alpes and Provence-Alpes-Côte d’Azur.

The second is that due to a higher circulation of Covid variants in some of France’s overseas territories, notably Mayotte, Mr Véran said he may speed up the number of doses sent there.

The question of vaccinated areas of France that are more affected by Covid-19 has been raised by several health professionals and regional politicians.

Odile Launay, a professor of infectious diseases and a member of France’s Covid-19 vaccines committee said it is “completely logical” to first vaccinate in the regions where the virus is circulating the most intensively.

“In a very pragmatic way, if the objective is to avoid cases, hospitalisations and deaths, more will be avoided by vaccinating areas where the rate [of Covid-19] is higher than in an area where the rate is low,” he told FranceInfo.

France’s regional presidents issued nine recommendations on how to accelerate the country’s vaccine rollout on January 6. Among the suggestions was to prioritise vaccinating the departments with the highest rates of Covid-19.

However, the idea was never considered by the Haute autorité de santé’s (HAS's) technical commission on vaccines.

“We consider that the virus is circulating throughout the entire territory,” said Daniel Floret, vice-president of the commission.

“And there might even be more interest in vaccinating first where it circulates little, because that's where it can explode later.”

The HAS’s recommendations on the vaccination campaign do not mention the option of vaccinating areas that are more affected by Covid-19 as a priority.

Governmental health authority the Direction Générale de la Santé told FranceInfo that once the majority of the priority members of the public have been vaccinated, the rollout strategy may be adapted.

Covid-19 France: Can you choose which vaccine to get?