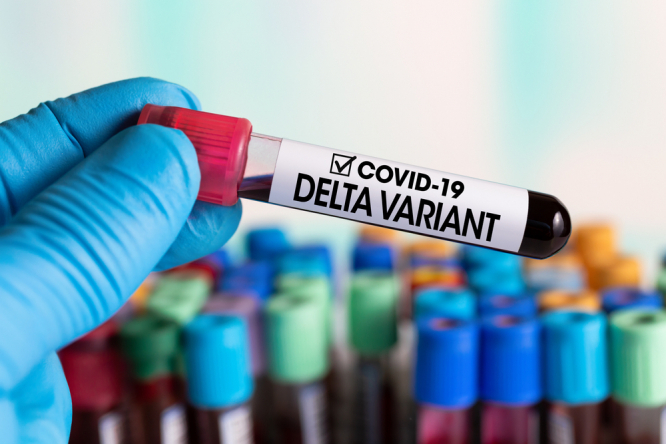 France’s health minister Olivier Véran has said that he estimates there to be around 50 to 150 new cases of the Delta variant each day in France Pic: Angellodeco / Shutterstock

The presence of the Delta variant in France remains minimal but it is increasing, new figures from France’s national health agency Santé Publique France (SPF) show.

“This increasing spread of the Delta variant is being closely monitored,” SPF said in its latest report published on Thursday (June 17).

The agency highlighted the variant’s greater transmissibility compared to other strains, a possible increase in the severity of infection and preliminary data that suggests that vaccines are slightly less effective against it, especially in partially vaccinated patients.

The results of a May 25 “flash” analysis, in which Covid-19 test results from around the country are sequenced to check for mutations, show the Delta variant present in 1% of cases. A similar flash analysis carried out on May 11 found it present in 0.2% of cases.

The May 25 results are based on an analysis of 1,723 tests and show that the Alpha (UK) variant is the dominant strain of SARS-CoV-2 in France appearing in 86.3% of cases.

Screening is a technique to test to see if a particular variant is present in a sample, whereas sequencing means identifying the genetic makeup of the virus found on a sample, which enables scientists to see all possible mutations.

France changed its screening strategy (criblage, in French) on May 31 in an effort to better track newer variants of Covid-19, including the Delta variant.

Previously, France was only able to screen for mutations that occurred in the original strain of the virus and the Alpha, Beta and Gamma variants.

Based on this technique, France’s health minister Olivier Véran announced last week that he estimates there to be around 50 to 150 new cases of the Delta variant each day in France, or 2 to 4% of the positive Covid-19 tests that are screened.

This is a different percentage than was found during the flash analysis that used sequencing but the difference could be due to the dates, with the screening of tests being carried out last week and the flash study using test results from May 25.

SPF stated in its latest report:

“Several outbreaks of localised community transmission related to the Delta variant or suspected Delta variant based on screening data have been reported”.

The first case of the Delta variant in Brittany was confirmed yesterday (June 18), by the regional health authority.

There are four other suspected cases of it in the region.

“For all these situations, reinforced contact-tracing protocol has been put in place,” the Agence régionale de santé stated.

“The epidemic is receding rapidly and we are back to a situation similar to that we had last August,” he said on Thursday (June 17).

France has recorded an average of just over 3,000 new Covid-19 cases in the past week, a 44% drop from the previous week.

The number of hospitalisations, admissions to intensive care units and deaths caused by Covid-19 is dropping.

Sibylle Bernard-Stoecklin, an influenza surveillance coordinator at Santé publique France, told Le Monde that France can expect the prevalence of the Delta variant to increase in the coming weeks and months.

But she said the “timing and the impact” on the epidemic in France are not yet foreseeable.

3 days ago
4
Driver got 33 fines due to average speed camera – How do they work?

16 hours ago
5
Covid-19: Rules for travel to and from France