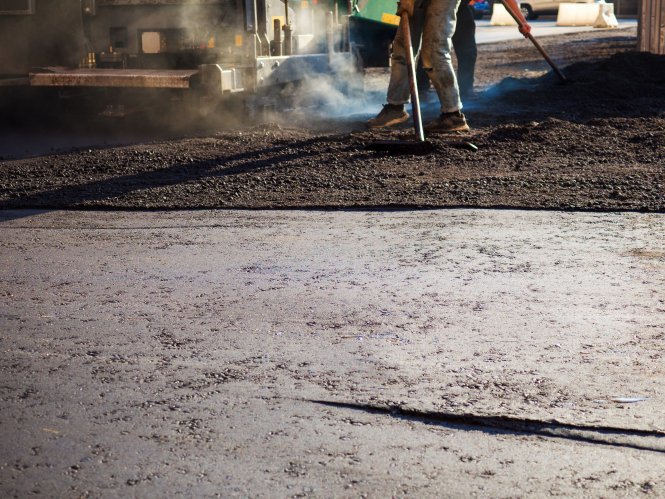 Once complete, the tarmac deteriorates rapidly and customers are unable to get back in touch with the workmen who laid it Pic: DK_2020 / Shutterstock

Dordogne’s gendarmerie has warned of a scam organised by a group of people ‘with British accents’ offering to carry out tarmacking work for local residents and businesses at a discounted price.

“For several weeks, groups of people of British nationality have been approaching individuals and businesses in the department to offer tarmacking work,” on an alleyway or courtyard, the gendarmerie stated via its Facebook page on October 28.

“The materials used are very often of poor quality and quotes are normally given orally. After the work has been completed, the amount stated on the invoice exceeds the [sum] initially agreed.

“In the case of payment being refused, the customer can be threatened.”

The tarmac later rapidly deteriorates, often upon coming into contact with rain, but the residents are unable to contact the contractors to complain.

Some people have also reported being left with an unwanted excess of asphalt after the tarmacking work has been carried out.

Pierre Loas, president of Dordogne’s Restos du Cœur in Coulounieix-Chamiers, was approached by these people and described “a man dressed in work clothes” who “offered us two trucks of asphalt.”

The tarmackers also attempted to sell their services to residents of Coulounieix-Chamiers, as well as people in the Périgord noir, Nontron and Terrasson areas of the department.

The gendarmerie of Lot-et-Garonne have also received reports of such a scam.

Some people have spoken of a group travelling round in an orange truck labelled with the word “Sheridan”, while others have seen two white hatchback vehicles.

In order to avoid this scam, the gendarmerie advises residents to reject approaches by door-to-door salespeople offering tarmacking services, to avoid signing any documents or handing over any money and finally to inform the authorities by calling 17.

If you are going to phone the gendarmerie, try to collect as many details about the tarmackers as possible, including van number plates and telephone numbers.

On October 6, Dordogne’s gendarmerie also alerted residents to another scam, which saw individuals emailed by a person claiming to be the Colonel Commandant le Groupement de Gendarmerie de la Dordogne in relation to supposed searches on child pornography websites.

Those who receive this email should block the sender and avoid replying, forwarding it or opening the attachment.

They can report the scam on the government’s anti-scam platform Pharos.

Legal action against an artisan for shoddy work?