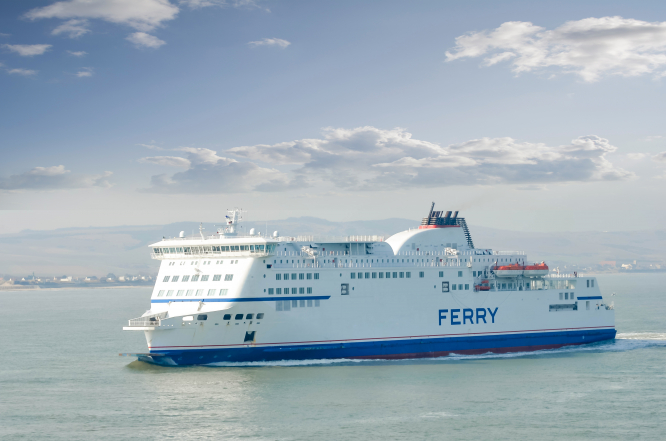 The UK government announcement that vaccinated travellers to England can swap their day 2 PCR test for a lateral flow from the end of October has seen a rise in ferry bookings to France Pic: ID-VIDEO / Shutterstock

France is one of several European holiday destinations which have seen a surge in bookings following the UK Transport Secretary’s announcement on the relaxation of travel rules in England on Friday (September 17).

Fully vaccinated travellers to England - including people returning from foreign holidays - will no longer have to take a pre-departure test before travelling to the UK from October 4, on which date the current traffic light system will end in favour of a single red list.

Later in October arrivals will also be able to swap their day 2 PCR test for a cheaper lateral flow.

The government added that it aims to have this change in place for when people return from half-term breaks, which will take place from October 25-29.

Travel companies have seen a sharp increase in booking numbers, with Thomas Cook chief executive Alan French saying that reservations rose by 200% on Friday and had been expected to continue further over the weekend after the government announcement.

Chris Parker, director of capacity and commercial performance for DFDS Ferries, which offer crossings from Dover-Calais, Dover-Dunkirk and Newhaven-Dieppe said: “We’ve seen an immediate spike in visits to the website and uptick in bookings for October onwards.”

Brittany Ferries has also reported a rise of 71% in October half-term bookings, as well as a 25% increase in bookings for 2022.

Paul Acheson, Brittany Ferries’ sales and marketing director, said: “We welcome changes to the travel framework for fully jabbed Brits and we have seen a significant increase in reservations as a consequence.”

However, the company has urged the government to provide “clarity” on the date on which PCR tests will be replaced by lateral flow tests.

“But without a clear deadline, travellers remain cautious. The woolly aspiration – from the end of October – is not helpful,” it said.

“We need the government to announce a clear date upon which PCR tests will revert to lateral flow. This will release a dam of demand, supporting those working in the travel sector and giving holiday makers the full confidence they need to book a last minute get-away,” Mr Acheson added.

Irish Ferries and P&O Ferries were not yet able to discuss the effect of the travel rules update on bookings.

Eurostar told The Connexion on Friday that: “With further easing of restrictions around testing, we would expect to see an increase in both leisure and business travel,” although it has not yet confirmed that this was the case.

Steve Heapy CEO of Jet2, which flies to French cities including Paris, Toulouse, Lyon and Grenoble, also said: “We have seen demand step up over the last few days, and there has been an immediate and massive surge in bookings for package holidays on the back of this welcome news for holidaymakers and independent travel agents in England.

“The rush in bookings for package holidays to sun and leisure city destinations tells us just how much holidaymakers have been longing to get away. Holidays mean so much to everyone, and we cannot wait to take our customers away on them.”