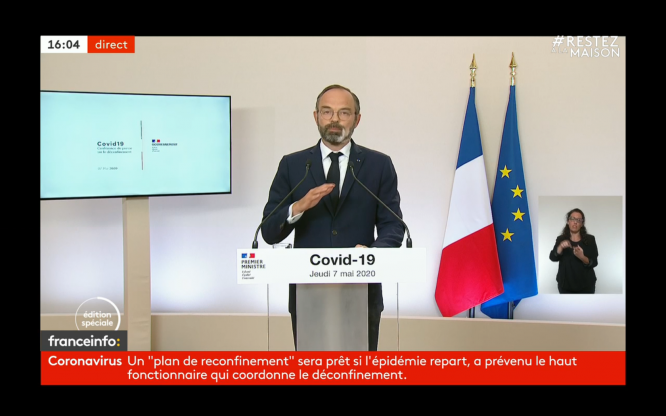 The general rule will be a return to more normal daily activity, with no need for an attestation to leave the home, Prime Minister Edouard Philippe said today.

However there will be new attestations that you should take if leaving your department on a trip of 100km or more from your home as the crow flies.

The new attestations will be available from the Interior Ministry’s website in a version which can be printed as well as in digital format. You will be required to indicate an imperative work or family reason for the travel.

For work, any trip necessary to do your job would be acceptable, however family trips should be limited to, for example, visiting someone who is seriously ill or a vulnerable adult or child in urgent need of assistance, or because of a death in the family.

There are likely to be checks in stations, on major roads and at arrival points into tourist destinations.

Breaching the rules will be subject to a €135 fine.

Interior Minister Christophe Castaner said that if travelling to another department on trips of less than 100km from home people do not need an attestation but should however carry proof of their home address, such as a utility bill, car insurance document or a cheque-book.

It will be possible to travel as far as you wish inside your own department, even if it is more than 100km from home, eg. you could travel 150km with no attestation as long as you do not leave the department. For trips within your own department you should also make sure you have some proof of address available if stopped and checked - it could simply be the normal car documents you are meant to carry in ordinary circumstances, for example its insurance document.

Public transport schedules will be increasing during May. People aged over 11 will be asked to wear masks on public transport. They can be surgical masks or 'general public' washable ones, or home-made ones made to Afnor guidelines. By Monday May 11 they will be widely available, either distributed by local authorities (in some cases free), or at pharmacies, tabacs or supermarkets.

However so as to reduce pressure on public transport people should continue to work from home if possible and employers will be asked to try to space out workers' arrival and departure times.

In certain areas public transport use will be limited to certain people at certain times, for example in Ile-de-France at rush hour it should be for those with an attestation from their employer or others with some urgent travel need.

Police will be deployed to ensure stations and public transport do not become crowded.

To limit long-distance travel the frequency of inter-regional trains will still be limited, with TGVs at first running at 7% frequency and 40% by the end of May, and reservations will be obligatory.

Only one place in two will be occupied.

Rules on international travel are not expected to change in May. Borders with countries outside the EU will remain closed until further notice (for this purpose the UK is treated as being still within the EU).

Certain border restrictions with European countries will be maintained until at least June 15, though frontier workers will still be able to travel freely as now as will other people with an urgent work reason for travel. Travel to other European countries will also be possible for certain urgent family reasons, such as taking care of a child.

The law on extending the state of health emergency to July, currently being debated by Parliament, includes the possibility of requiring any person entering the country to go into quarantine. At present this is not expected to include arrivals from EU countries or the UK but this has not been ruled out.

3 hours ago
3
Will Britons need a health pass to visit France from June 9?