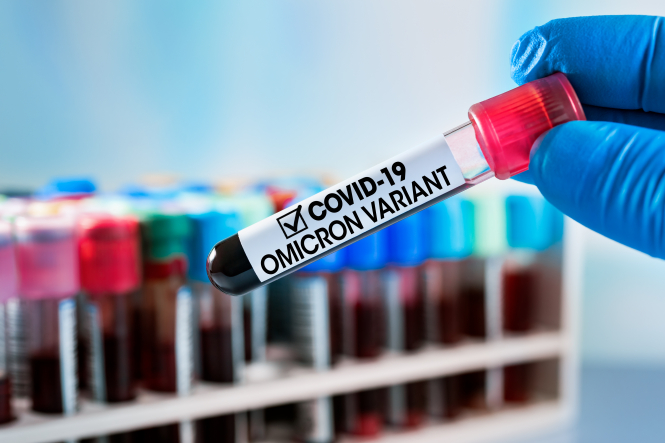 There has only been one Omicron cases confirmed in mainland France, although sequencing is still underway on more than 10 “suspected” cases Pic: angellodeco / Shutterstock

The first Omicron case in mainland France has been confirmed today (December 2) in Ile-de-France.

The region’s Agence régionale de santé health authority has announced this morning that “A traveller living in Seine-et-Marne tested positive for Covid as he disembarked from a plane on November 25, returning from a trip to Nigeria.

“Sequencing of his test result revealed on Wednesday that this person was carrying the Omicron variant. He is a man aged between 50 and 60 years of age who was not presenting symptoms at the time of the test,” and who is not vaccinated.

The man’s family, who are also unvaccinated, are being tested and are required to isolate.

Around 12 other “suspected” Omicron cases have also been detected in mainland France, but sequencing is still underway to determine whether they are linked to the new variant.

Only one other case has been confirmed in French territory, on Réunion island.

It was on Sunday, November 28 that eight “possible cases” were reported in France, with five more being detected on Tuesday.

Government spokesperson Gabriel Attal said after the Conseil des ministres meeting on the Covid situation yesterday (December 1) that the public should “not panic,” but regard the new variant with “the utmost vigilance.”

Mr Attal announced that in order to prevent the spread of Omicron the government would be extending tougher travel restrictions to more countries in southern Africa, but added: “Let’s not be fooled nor naive, there will most likely be cases [confirmed] in our territory in the coming hours or the coming days.”

Since the emergence of Omicron was signalled by South Africa on November 24, cases have already been detected in several European countries, including Belgium and the UK.

Epidemiological experts will need several weeks to determine how dangerous and/or vaccine-resistant the new variant is, but until then the best way to control its spread is to sequence positive PCR test results to detect cases.

This will allow national authorities to isolate infected people and stem the spread of the variant.

However, France is sequencing positive test results at a much slower rate than other European countries.

Currently, the French testing system first works to determine if a positive case suggests a mutation associated with a certain Covid variant. A second step then sees sequencing carried out to determine the identity of that variant.

“In the majority of other countries, human genetics centres and hospitals work together. In France we have never managed to get that cooperation.”

Prof Froguel added that this was the “Achilles heel” in the country’s “test-trace-isolate” system.

France is currently only sequencing 1.6% of its positive cases, while the UK is covering 16% and Denmark 35%.

Monitoring new variants is a key step in bringing the pandemic to an end.
But we can only do that if enough cases are sequenced and reported quickly. And the sequencing effort varies enormously across countries.
We now show this in our Data Explorer: https://t.co/VwbXm52uFs pic.twitter.com/o7Aac5UtY5

However, Vincent Enouf, the Institut Pasteur’s deputy director of respiratory infections, has said that health authorities are sequencing 8,000-10,000 cases per week, which is apparently “enough to determine the presence of new variants or to monitor a variant which we are already aware of.”

François Blanchecotte, president of the Syndicat des biologistes, has also said that a minimum of 7,500 weekly tests are needed to form an idea of how the virus is evolving in the country.

According to Prof Froguel, however, this figure is “really insufficient, it’s the number that should be carried out each day in order to really track” the situation.

Prof Froguel has also said that lengthy administrative processes and delays in producing results are making France’s sequencing work less effective, and has called for the government to invest more in the system.