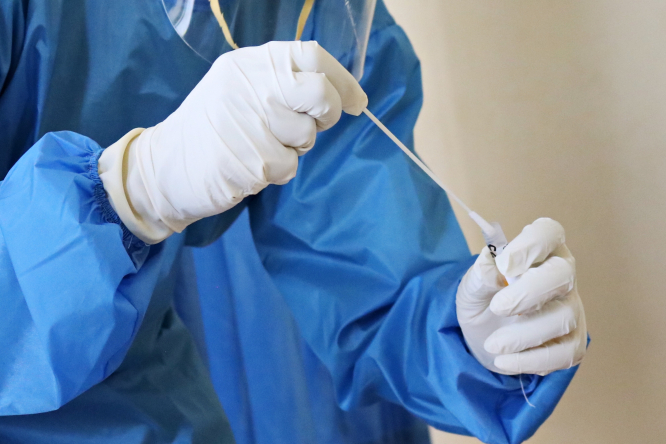 The drive is one of multiple free-testing campaigns being run in France to better understand how the virus spreads and help isolate positive cases before Christmas.

Positive tests made up 1.13% of the total, at 350 tests, which was higher than the 0.2% that researchers expected.

Thomas Deroche, director-general of local health body ARS Normandie, told news source Le Figaro the high positivity rate could be due to “significant circulation and, without doubt, an increase in the virus”, as well as the possibility that people who went to get tests were more likely to be infected.

The ARS estimates that the mass testing campaign allowed them to identify 500 contact cases in the area, who were advised to go into voluntary isolation. Of those, 13 made requests for isolation support, mostly asking for shopping to be delivered. One of the people who tested positive requested, and received, hotel accommodation.

Full effects of campaign to be revealed in coming weeks

In total, 260 student nurses, 130 independent nurses, seven physiotherapists, 130 administrators and 50 first aiders were involved in the campaign, which had a total cost of around €800,000 according to the ARS.

While a second round of mass testing is not planned in le Havre, the coming weeks will be used to see if the first round has an impact on Covid hospitalisation numbers.

But the campaign may have had a positive impact on people’s testing habits already.

Pharmacist Xavier Journel told Le Figaro that the number of people getting tested before the campaign was around 20 per week. During the campaign, “the number rose to 75-110 per day,” he said. Additionally, 25 pharmacies in the area now offer Covid testing, as opposed to seven before.