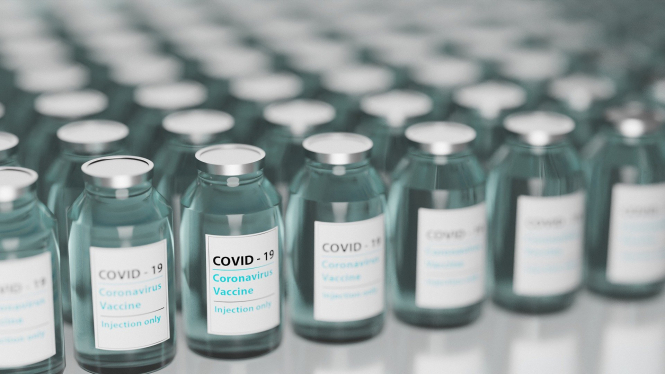 The opening of half a million new appointment slots for a vaccination against Covid-19 has been pushed back three days, France’s health ministry has stated.

Many people around the country have been unable to book appointments due to a lack of doses available at vaccination centres.

Health Minister Olivier Véran said last week that “starting from Tuesday (January 26), we will open 500,000 vaccination places between the middle and end of February”.

This process is now expected to begin on Friday, with the ministry of health telling news agency AFP that there will be a “small delay of three days compared to what the minister had announced”.

This is due to the decrease in deliveries of the Pfizer-BioNTech vaccine last week, the ministry explained.

It said it wanted to resolve this before opening new appointments to avoid overbooking, even if it means “people take a little longer to get an appointment”.

On Friday, January 15, vaccine manufacturer Pfizer - whose vaccine is currently the most-used in France - announced that there would be delays to its deliveries in Europe, due to works taking place at a factory in Belgium.

President of the ARS Ile-de-France, Aurélien Rousseau, told RTL on January 19: “Between Friday morning when [the first appointments] were given, and Friday afternoon, we heard from Pfizer that we would have ‘300,000 fewer doses’”.

The laboratory has now resumed its regular supply rate of doses - 500,000 per week - meaning that 500,000 new appointment slots will be available over the second half of February.

Around 150,000 of those will be done with the Pfizer vaccine while the remaining 350,000 will be with the Moderna vaccine. The half million patients concerned will receive a second injection in March, three to four weeks later.

The reduced delivery of Pfizer doses comes as AstraZeneca, which has also developed a Covid-19 vaccine, unexpectedly announced a delay in delivering millions of doses of its vaccine to the EU.

The EU responded to this by issuing an angry warning to the pharmaceutical group on Monday (January 25).

Last Friday, AstraZeneca said it would not be able to meet planned delivery commitments to the Bloc because of “reduced yields” in its European supply chain.

The EU has so far only approved the Pfizer-BioNTech and Moderna vaccines for use but is expected to authorise the AstraZeneca vaccine before the end of this week.

AstraZeneca is now set to deliver around 4.6 million doses of its vaccine to France between now and the end of March, around half of what was initially expected.

"It's a great disappointment," the Ministry of Health told Agence France-Presse, adding that the government "will engage with the European Union to request explanations from AstraZeneca".

Sanofi to lend a hand

French pharmaceutical company Sanofi has agreed to help Pfizer in the production of its vaccine.

It will produce 100 million doses at its plant in Frankfurt, Germany, before the end of the year, with the doses destined for the European market.

Sanofi is currently developing two Covid-19 vaccines itself but both are still in testing phases.

Institut Pasteur in Paris announced earlier this week that it would be abandoning its efforts at producing a Covid-19 vaccine after work to date was found to be less effective than hoped.

Read more about that here.

Covid France: ‘I had to try for days to book vaccination’