France considering 'amber' listing for UK due to Indian variant 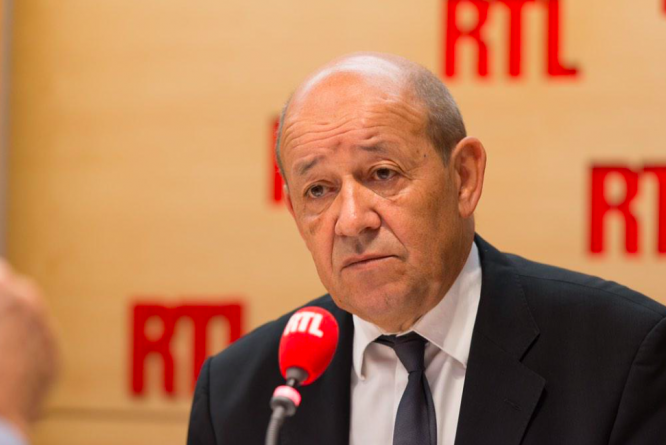 Minister Jean-Yves Le Drian spoke about travel to and from Europe, as well as within the EU on Sunday May 23 Pic: @RTLFrance / RTL France / Twitter

France is considering not putting the UK on a list of ‘green’ countries outside the EU, meaning visitors from the UK could continue to face travel restrictions coming to France.

French Minister of Europe and Foreign Affairs Jean-Yves Le Drian said on May 23 that the countries on the ‘green list’ are expected to be decided on June 9, after the EU has set the criteria for eligibility.

Travellers from countries on the green list will be able to travel to Europe "easily". The traffic light system will also include an ‘amber’ category with some restrictions on travel, and a ‘red’ list of countries from which travel is banned.

Speaking to RTL and LCI, Mr Le Drian said the question of travel to and from the UK needed to be addressed, in light of the Indian variant.

He said: “The Indian variant in the UK is causing problems and raising questions, and we are staying very vigilant when it comes to following the situation in the UK.”

Asked if the UK would be put on the red list for travel, the minister said: “Perhaps not on the red list. We hope that the variant can be brought under control. But that doesn’t erase the fact that the arrival of the Indian variant and the multiplication of cases in the UK poses a problem.”

He said at this stage, it was more likely that the UK could be put on the amber list, if restrictions were needed.

Travel within the EU possible with health pass from July 1

He said the EU would decide how to classify countries based on their incidence rate (number of cases per 100,000 people over previous seven days) and hospital capacity along with other factors such as the spread of variants.

Holiday travel will be banned between the EU and countries on the red list, even for vaccinated people, which the minister said would currently include Brazil, Argentina and India, among others that are experiencing high numbers of cases. As now there will be strict conditions for certain limited categories of those allowed to come, such as returning residents.

Meanwhile Mr Le Drian said travel inside the EU would be made easier from July 1, thanks to the digital green certificate, also called a pass sanitaire (health pass) in France.

The minister praised how the EU is now working together on health initiatives such as the health pass and sharing vaccines, compared to the start of the crisis when EU countries were opening and closing borders independently.

He said the 27 member states would “decide together” how to categorise countries outside of Europe onto green, amber and red lists on June 9.

But, member states are not yet presenting a united front when it comes to travel to and from the UK.

In France, rules for travellers from the UK are flexible, but expected to change on June 9 in line with broader EU rules.

Mr Le Drian said it was “difficult to make predictions” about how many tourists would visit France this summer, but that the country would have to “wait for 2022 to get back to the figures we were seeing before the pandemic”.

Mr Le Drian was also asked about vaccination rates in the UK and France, and whether UK Prime Minister Boris Johnson had exaggerated a link between the UK’s successful vaccination campaign and Brexit.

The minister agreed that Mr Johnson had exaggerated the UK’s success, saying he was a “specialist” in l’effet de manche. This French expression refers to the large sleeves on robes worn by lawyers in court, which some professionals wave about as they gesticulate in order to exaggerate their statements and convince the jury.

He also said that while the UK had got off to a faster start with vaccines, France was closing the gap.

Figures from May 22 show that over 22 million people in France have received a first dose of the vaccine, and over 10 million are fully vaccinated after receiving two doses.

In the UK these figures are over 37 million and over 22 million respectively, as of May 22.

Mr Le Drian added that he did not agree with the UK’s “selfish” policy of “not wanting to export vaccines”.

Fact-checking organisation Full fact reported that by March 2021, over 41 million vaccine doses made in EU member states had been exported around the world, including to the UK. The AstraZeneca vaccine is produced in the UK, but the UK government and the laboratory have not confirmed how many doses, if any, have been exported.

The minister said it was “good news” that US President Joe Biden has recently announced that the US would donate 20 million additional vaccines overseas.