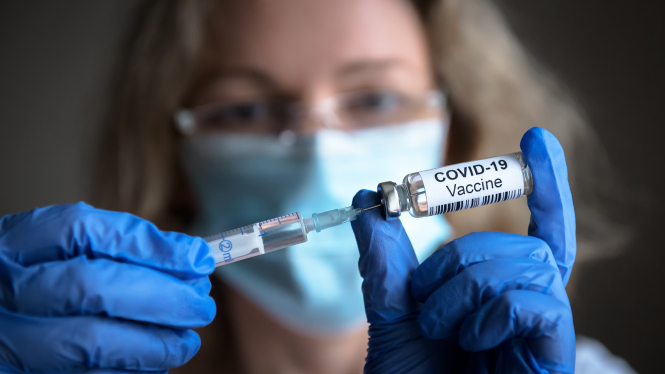 Ambassadors to the EU from the 27 member states have agreed on a recommendation that fully-vaccinated non-EU visitors should be able to come into the EU for holidays.

They should be able to enter the EU by showing a certificate of vaccination with a vaccine approved by the European Medicines Agency, they said.

A European diplomat said the spirit of the idea includes simplifications such as not requiring the visitors to also show a Covid test or to quarantine after arrival.

“The aim is to move towards that, and that the states should converge in their approach. In principle we are preparing the progressive reopening of Europe as soon as the health situation permits it, however at the same time this is a recommendation.

“Each state will have to put it into national law and could continue to have extra requirements if they believe it’s necessary.”

It is hoped the recommendation will be signed off by the Council of the European Union today and that it will be in force almost immediately.

The ambassadors also recommended that the EU consider countries as ‘safe’ for welcoming their visitors (even without vaccination) if they have a 14-day incidence rate of 75 per 100,000 inhabitants or less, as opposed to 25 at present.

This would include the UK but not the US but the UK is not guaranteed to be added as other criteria will also be considered such as an element of reciprocity. However France already allows UK visitors in its national rules, at present with a requirement for a negative test and a voluntary seven-day quarantine.

Even if EU states’ rules do become more flexible, however, would-be visitors will still have to bear in mind any rules in their home countries, on return.

The European diplomat added: “The general idea is to move towards more flexibility, but we should also reserve the possibility of an ‘emergency break’, so that if the situation degrades rapidly, such as if the Indian variant spread in the UK, then a state can immediately suspend entry of visitors from that country, and inform the other EU states, and a coordinated approach would be sought.”

The idea of a unified European digital health pass scheme (currently known as ‘digital green certificate’) has also reached a crucial point this week, with the Council of the European Union and the European Parliament reportedly struggling to reach an agreement on a binding regulation making such a pass valid across the European Union.

The European Commission, which launched the plan, wants it to be implemented in June. It would consist of a standardised way of recognising the health status of those who are vaccinated, have had a recent test, or have recovered from Covid.

The diplomat said: “A new tripartite meeting [between representatives of the Commission, Council and Parliament] is being held today and we hope it will be adopted by the end of this week, depending on how the discussions go.”

The UK has integrated a similar ‘health pass’ idea into its NHS Covid-19 app, but it is not yet known if it will be compatible with the EU’s.

It comes amid confusion in the UK over whether or not it is acceptable for British residents to go on holiday in ‘amber’ countries such as France.

UK Prime Minister Boris Johnson has said amber list countries are “not somewhere you should be going on holiday”, adding that you should only go for “a pressing family or business reason”. Meanwhile, Environment Minister George Eustice said that it was acceptable to “visit family and friends” in the countries.

The current situation for UK residents – until such a time as France turns ‘green’, which is hoped to happen in coming weeks – is that it is not ‘illegal’ to holiday in France from the UK, but it is not ‘recommended’.

This can invalidate some travel insurance policies. It also means that those travelling to France remain subject to a 10-day self-isolation period and testing requirements on return.

Rules for visitors to EU to be debated by ambassadors

Who is eligible for a third Covid vaccine dose in France?
27 July 2021

Is River Seine clean enough for Paris Olympics 2024? Public says no
26 July 2021
More from French news
More from Connexion
Get news, views and information from France
Join the newsletter
Subscribe to The Connexion