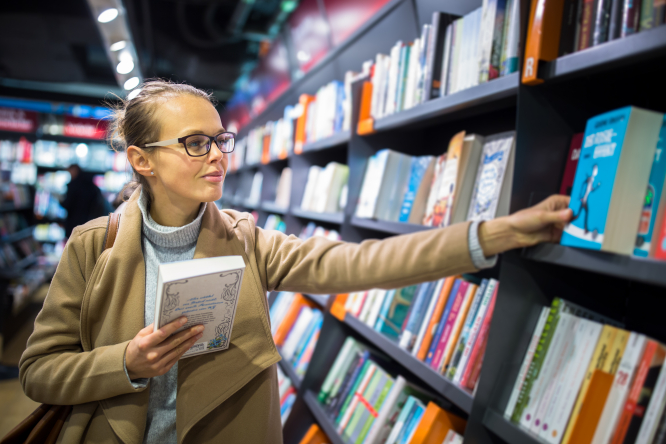 France is today (October 6) set to decide whether to impose a minimum cost for the postal delivery of books in a bid to ‘strengthen the book economy’ and ‘create equality between sellers’.

MPs have called for a minimum, yet still competitive, price to be added by decree.

And Guillaume Husson, delegate at bookseller union le Syndicat de la librairie française (SLF), is calling for the cost to be between €3-€5.

However, this suggestion has faced pushback from other campaigners.

This includes Jean-Luc Treutenaere, president of culture distribution union le Syndicat des distributeurs de loisirs culturels (SDLC), who is calling for a lower amount of €2.90. He said: “If sending a paperback book that costs €7, is going to cost €5 extra, that will be very off putting.”

Mr Husson believes that despite the extra cost, consumers will still use bookshops, especially if they offer an online ‘click and collect’ service, for which the ‘collect’ part (as opposed to home delivery) is offered for free.

If passed, the law will mainly be designed to help booksellers face up to competition from American online retailer Amazon and French brand Fnac.

Since 2014, Amazon has been charging as little as €0.01 for book delivery, which many bookshops in France have denounced as ‘unfair competition’ and a threat to the price and sale of books.

Fnac sends books to its 2.3 million Fnac+ subscribers for free.

SLF has said that this is unfair, as delivery by independent bookshops costs on average €6.50-€7 per package.

This means that bookshops are unable to compete with huge online retailers. They either risk losing the order if they pass on the full cost of postage to buyers, or cut into their already low margins if they send the book ‘for free’.

In November and December 2020, the French state covered delivery costs for bookshops as part of the support offered during the pandemic. This led to a fivefold increase in online sales for French bookshops during these two months.

Books were also classified as ‘essential items’, and bookshops as ‘essential businesses’ during later Covid-19 lockdowns, enabling them to stay open despite other shops having to close.

Amazon opposes law and says it will threaten rural reading

Frédéric Duval, director-general of Amazon France, has written an open letter to Amazon Prime subscribers, saying that “such a measure would make buying books online much more expensive, as well as the spread of books across our country, and therefore of reading in general”.

He said that such a law would cause people in France to suffer a purchasing power loss of “€250million” per year, and cause people living in rural areas to “read less”.

Despite the competition from online retailers, bookshops in France appear to be in rude health.

Online platforms are thriving too.

A new online site named Lireka has coincidentally just launched. It offers a million titles in French, and offers free delivery for 185 countries. If this new law is passed, however, free delivery will not be possible to France itself.

The decision on the new law comes 40 years after the ‘Lang law’ was passed.

That law set a minimum legal price for an individual book, in a bid to ‘save independent bookshops’, at a time when hypermarkets such as Leclerc were selling books at bargain-basement prices.

It was named after then-Culture Minister Jack Lang.

Shakespeare and Company in Paris supported by online sales