Cookie Consent by FreePrivacyPolicy.com France deconfinement May 11: What is allowed or not? French News and Views in English | The Connexion
17 may 2021
Classifieds Currency exchange Newsletter
Login Register BASKET
Facebook Twitter 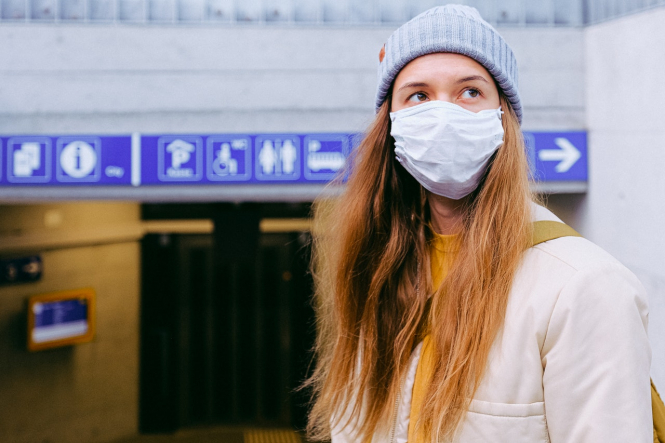 Deconfinement will begin on Monday May 11, with different rules in place depending on activity
By Hannah Thompson

The first phase of deconfinement is to last for three weeks, with the rules and restrictions set to be further re-evaluated at the end of May.

Certain rules will apply to the entire country, while some things will only be allowed in “green departments”, and not in those still coloured “red”.

Where possible, people should continue to work from home, especially in red departments.

However, for businesses and jobs where this is not possible, the transport minister has recommended that companies reduce the number of staff working at one time, and stagger hours as much as possible.

Individual protection methods, including wearing masks, should also be used.

Travel up to 100km from your home address will now be permitted. This 100km will be calculated “as the crow flies” - meaning in a straight line radius around your home, and not the number of kilometres by road.

You will no longer need an attestation form to leave your house, but you will need proof of address to show that you are within the 100km limit.

Journeys further than 100km - and outside your home department - will require a new attestation form, and will only be permitted for “imperative” family or work reasons.

This will be open, but everyone over the age of 11 must wear a mask properly at all times.

In the Ile-de-France region, public transport at peak times (6h30-9h30 and 16-19h) will be limited to people who have an employer’s attestation proving that they are travelling for work, or who are travelling for an “imperative” reason.

Health minister Olivier Véran has requested that people in the Ile-de-France region limit their trips on public transport to only what is “strictly necessary”.

Prime Minister Edouard Philippe has said that “extra measures” will be taken in the region if things do not improve.

Inter-regional travel will remain “very limited” due to a “voluntarily-reduced service”, and the 100km limit on travel. Around 20-30% of TGVs and Intercité services will run.

SNCF has asked that all passengers wear a mask at all times, and respect social distancing and barrier methods as much as possible.

You will now be allowed to visit friends, or have them round to your house, but there are conditions.

Gatherings are still limited to 10 people at a time, and you must respect barrier gestures at all times - including not kissing or hugging, continue regular hand washing and/or using sanitiser gel, coughing into your elbow, etc.

It is easier for the virus to spread indoors than outdoors, so people are advised to socialise outside if possible.

You should also not hold a gathering or attend one if you have symptoms, or if you have been in contact with an infected person recently.

These rules may be re-evaluated further at the end of May.

Vulnerable and/or at-risk people are no longer required to be in “mandatory confinement” after May 11, but people that are “old, ill, are obese or diabetic” or suffering from “respiratory problems” are advised to “maintain careful and strict measures, as much as possible”, said health minister Olivier Véran.

Elderly care homes are not expected to see much relaxation in their health rules or confinement policy.

These will remain closed until further notice.

Individual outdoors exercise such as walking and jogging is allowed as long as social distancing measures remain in place. All time restrictions - such as those in Paris - will be dropped.

Individual sports are now allowed, but must be undertaken outside without contact with others. For example, singles tennis is allowed, but doubles is not, and the game must be on an outdoors court, with social distancing measures and barrier methods in place.

Golf is also allowed, but there is a limit of 10 people per game, with each person and their clubs at least three metres away from others. Only one person is allowed per golf cart.

People must maintain a 10-metre space between people who are running or cycling.

For people who are walking, you must maintain a five-metre gap.

For static outdoors classes or activities such as yoga or a solo workout, you should allow a space of at least four metres square around you and other people, and have a maximum of 10 participants per class. All activities must take place outdoors.

Group sports are expected to be phased in later, as will sports and exercise indoors.

Forests will now be open. These will include urban forests such as the Bois de Boulogne and the Bois de Vincennes in Paris.

These will be open in green departments, but not red ones (with some exceptions, such as the urban “forests” in Paris - see above).

In Paris, spaces such as the Champs-de-Mars and the Esplanade des Invalides, as well as the riverbanks, will be open, but people must maintain a 10-metre space between those who are running or cycling.

For people who are walking, you must maintain a five-metre gap.

For static outdoors classes or activities such as yoga or a solo workout, you should allow a space of at least four metres square around you and other people, and have a maximum of 10 participants per class. All activities must take place outdoors.

No, with some exceptions. These are still closed in most places, with some local exceptions. Some local authorities have gained permission to open some beaches, but social distancing and barrier method practices will be required.

No. Churches, mosques, synagogues and other religious centres remain open, but not for ceremonies or gatherings (except funerals and burials).

Weddings are not allowed “except in demonstrably urgent cases that are approved by the local registrar (l'officier d'état-civil)”, the government has said.

Other religious ceremonies are expected to be re-authorised later in the deconfinement process.

Most shops will be open, as will hairdressers, barbers and beauty salons. Food markets will also reopen.

Most shopping centres under 40,000m2 will be open. Large ones over 40,000m2 will not, except in exceptional local circumstances, under authorisation from local authorities.

Even in shops that are open, certain restrictions remain. Shops must limit the number of people inside, and social distancing measures are required.

These are not yet allowed. Cinemas, concert halls, theatres, and large museums will remain closed.

However, libraries, media centres and “small” museums will reopen - although the government has not specified an exact size.

Minister for culture Franck Riester said: “A certain number of cultural events [may take place in summer], while respecting health rules, but also depending on the willingness of artists to appear in public.”

Events, demonstrations, festivals and other cultural shows with more than 5,000 participants will not be allowed at all until at least September.

Crèches will open everywhere on May 11, with a limit of 10 children per group. All staff must wear masks.

Almost all primary and maternelle schools will reopen everywhere on May 12, with a limit of 10-15 children per class.

National education minister Jean-Michel Blanquer said: “One million schoolchildren will be welcomed by around 130,000 teachers. Between 80-85% of the 50,500 schools in France will be open from May 12.”

Most collèges (middle schools) will reopen for sixième and cinquième (age 12-14) from May 18.

The rules will be reevaluated at the end of May, to see if more collège classes and lycées (high schools) can begin to reopen in June.