France tempts people back on to bikes after lockdown 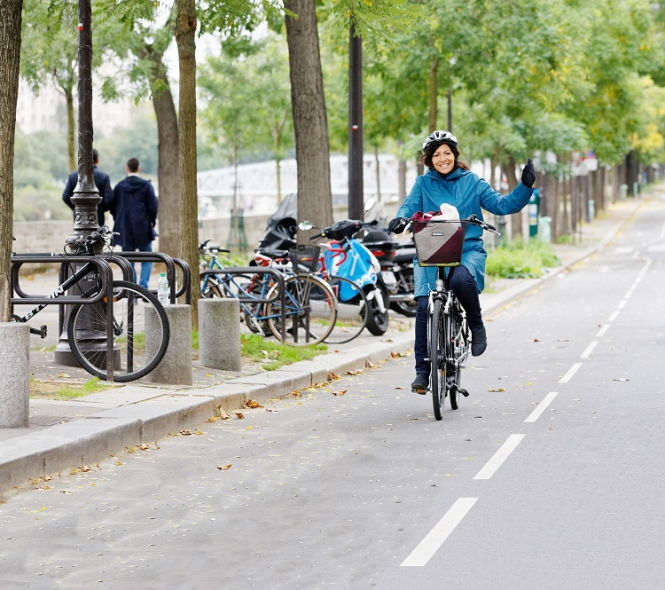 The French government is to pay €50 per person to fund bicycle repairs after the national coronavirus lockdown ends on May 11.

The €20million scheme is intended to get people back on their bikes after confinement.

It will also fund the installation of cycle parking schemes, and finance cycling lessons.

Announcing the plan, Environment Minister Elisabeth Borne said the government will also accelerate the introduction of a programme allowing employers to cover up to €400 of travel costs a year for staff who cycle to work.

"We want this period to be a milestone in cycling culture," she said in an interview with Le Parisien.

The government said that more people cycling to work or for other reasons would help reduce overcrowding on public transport, where it is more difficult to practise social distancing.

Despite its cycling heritage, the practice of using a bicycle for everyday travel in France lags behind other countries, even though 60% of "trips made in France in normal times are less than 5kms," according to the Ministry for Ecological Transition.

Paris Mayor Anne Hidalgo said on Twitter that the city will create new bike lanes along busy metro lines 1, 4 and 13. She also said that the major east-west thoroughfare rue de Rivoli will be reserved for cycling, with buses, taxis and emergency vehicles being the only motorised vehicles allowed on it.

Other cities are also planning to create new cycle lanes by taking space away from car lanes.
To support local authorities in this process, the government has offered technical support and exemption from prior authorisations, notably from the Architectes des Bâtiments de France.