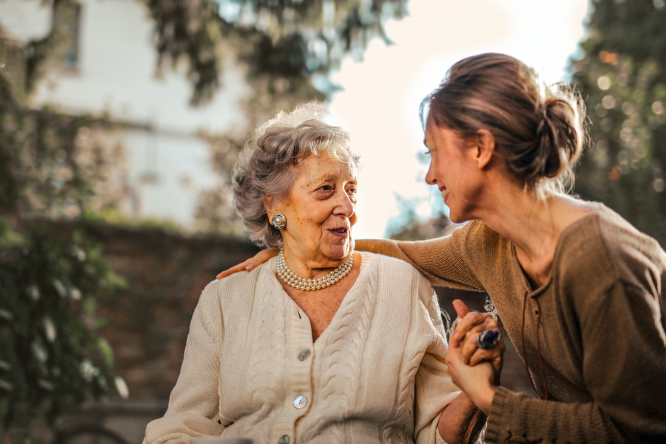 Government spokesperson Gabrial Attal dismissed the idea of imposed confinement for elderly people in France to slow the spread of the Covid-19 health pandemic.

In an interview with news channel Europe1 on Sunday, November 8, Mr Attal said: “There is no question of us introducing an imposed [extra] confinement for the elderly.

“Firstly, because ethically speaking it would be objectively complicated. Then because it would be ignorant of the situation of many elderly people who do not live alone, but sometimes with many generations of the same family in the same accommodation.”

Mr Attal echoed statements made by Health Minister Olivier Véran on November 6. Mr Véran said that confining elderly people, who are more vulnerable to the virus “was not a solution that [the government] held on to or are holding on to”.

News source Le Monde initially reported that President Macron was considering extra lockdown measures for the elderly on November 6, as over-65s make up 65% of patients currently in intensive care with Covid 19.

88% of patients with Covid-19 in intensive care also had pre-existing health conditions.

Although there was no lockdown for the elderly or those with pre-existing conditions earlier this year in France, a study released in journal National Library of Medicine under the direction of AP-HP hospitals in Paris put forward the idea of a “two-step” confinement.

This entailed those most vulnerable to Covid-19 staying at home, including all people over the age of 65. The study recommended people aged 50-65 could be allowed to go out if they had no pre-existing health conditions.

Researchers projected that, if all recommended measures were imposed, this strategy could result in an 85% reduction in deaths compared with a general deconfinement.

They also predicted that a confinement targeting only the most vulnerable in spring would have prevented the second wave of the virus now happening in France.

However, critics have said the plan was never feasible as it is simply not realistic.

A similar strategy tested in London earlier this year was considered a failure as many elderly people live in intergenerational homes, or are cared for by younger people, making complete isolation impossible.

Dr Martin Blanchier, one of the co-authors of the French study has since proposed around 20 measures that would ensure the targeted confinement worked.

These including hotel chains providing meals for the elderly, and restrictions on younger populations to ensure that the virus would not spread too quickly among those not confined.

Dr Blanchier believes systematic testing and quarantining rules, and heavier fines for those who attend gatherings would be effective. He told news source Le Huff Post: “I think €10,000 would be a dissuasive number. It is too serious [to organise gatherings] in such a strained situation.”

Meanwhile, the health minister has suggested “a debate” on whether checks should be carried out on people who test positive for Covid-19 to make sure they are isolating at home in order to stop the spread of the virus.

Speaking on radio show Questions Politiques on France Inter he said: “Are we able, today, to democratically accept checks for people isolating to avoid someone who is potentially contagious going out?”

He said that introducing such checks was something that had “never been done, in the history of France, even for very infections illnesses like tuberculosis”.

The Mr Véran cited examples of Covid clusters in workplaces as a result of people who had knowingly tested positive for Covid-19 having “made the choice to return to work anyway” as they were asymptomatic.

“I am not judging people,” Mr Véran said. “I’m saying to parliament, do you want to participate in these measures and in a democratic debate?”

People in France travelling far more this lockdown than last

How does France's lockdown compare in Europe?