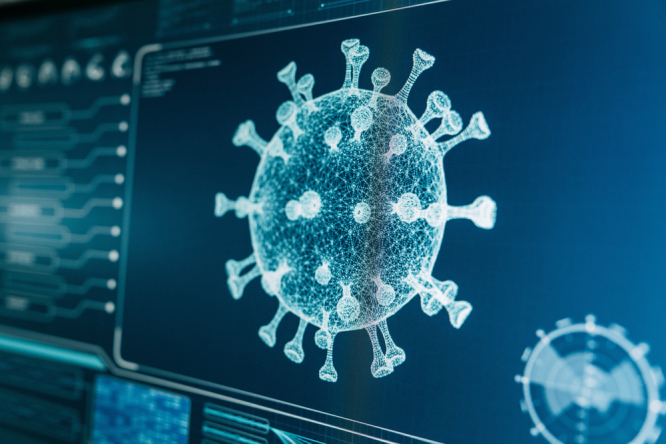 The new programme will aim to track variants and mutations of the virus more precisely Pic: Marcin Janiec / Shutterstock

France is changing its PCR testing strategy in an effort to better track variants of Covid-19, including the Delta variant, from today (June 14).

Positive tests for Covid-19 will be screened to check if the virus is a carrier of one of five of the most ‘worrying’ variants, or with around a dozen that are ‘of interest’ or that are under evaluation.

Test results will now also include reference to any suspected variants, including the ‘UK’ or ‘South African’, also known as B.1.1.7, and B.1.351, or Alpha and Beta, respectively. They will also refer to three mutations, E484K, E484Q, and L452R.

These refer to the position of the amino acids in the virus. These are protein molecules of the virus ‘spike’, which allow the virus it to enter cells in the human body.

The new screening programme aims to help health agency Santé publique France (SPF) to better track the genome progress of the epidemic and, if needed, enable improved protection suggestions such as an increase in self-isolation and contact tracing.

It will also be faster than the previous sequencing programme, which required DNA analysis of tests and could take up to a week to be processed.

The three mutations have been chosen due to “their impact on contagion (L452R) or their ability to avoid the immune response (E484K and E484Q),” SPF said.

Screening was already happening in some areas but it will now pick up mutations as well as variants.

Previously it did not distinguish between variants such as Beta or Gamma (‘Brazilian’), and identified the Delta variant as an ‘absence of variant’, as if it was the original strain from Wuhan.

Earlier screening also ran the risk of “erroneous interpretations”, said Dr Laurence Josset, virologist at one of the sequencing units at the Hospices Civils de Lyon.

For example, the presence of the E484K mutation would have been classified as a ‘Beta’ or ‘Gamma’ case, even though other variants could have been missed.

Dr Josset told Le Monde: “The idea is also to target mutations that are in themselves of interest. Even though a mutation does not explain all the behaviour of a virus, it sends an interesting warning signal.”

It can also help offer clues to treating the virus, such as not giving the bamlanivimab antibody to patients infected with a virus carrying the E484K mutation, as it is known to be resistant.

Tracking the spread of variants

Between screening and sequencing, the idea is that the country will be able to better track the percentage of mutations corresponding to each variant, and in doing so, measure the precise spread of the variants.

But limits exist; France still does not sequence tests systematically.

Professor Philippe Froguel, geneticist at Imperial College London, said: “We should have a complete and regularly updated dashboard on the situation of the variants circulating in France.

“But this is still not the case, especially because France does not sequence much and has no national coordination [of sequencing].”

This is in comparison to the UK, which has been using sequencing since spring 2020, and has now submitted almost 440,000 sequenced cases to the international database, Gisaid. This is in contrast to just 45,000 in France, and 126,600 in Germany.

France has been working to sign off on a national consortium of sequencing, Emer-gen, since January, but it is not yet completely operational. In the UK, half of the sequencing results are submitted to Gisaid within two weeks, whereas in France, it can take up to four weeks.

Sequencing can also give an inaccurate picture of the virus, as most tests come from people in hospital, who by definition have a more-serious form of the virus than people who are asymptomatic or did not require hospitalisation.

Now, France is calling for more sequencing platforms to help support the four existing ones, which are at l’Institut Pasteur, the Hospices Civils de Lyon, the Institut Hospitalo-universitaire (IHU) Méditerranée-Infection in Marseille and the CHU Henri-Mondor in Créteil.

The new platforms, which will be chosen at the end of July, will help support SPF in its regular ‘flash’ surveys of the epidemic.

Private laboratories could also become involved. Stéphanie Haim-Boukobza, head of the infectious diseases division of the private laboratory Cerba, said: “We have been ready since December [2020] and we are waiting for a decree authorising us to sequence in certain cases.”

It comes after Daniel Lévy-Bruhl, manager of the respiratory infection unit at SPF, described France’s situation as “unstable”, and said: “We are not done [yet], the risk is still there.”

The Delta (‘Indian’) variant is estimated to be 60% more contagious than the Alpha (‘UK’) variant.

It has been linked to rising Covid cases in the UK, with daily cases having tripled in three weeks, reaching almost 8,000 on Friday June 11.