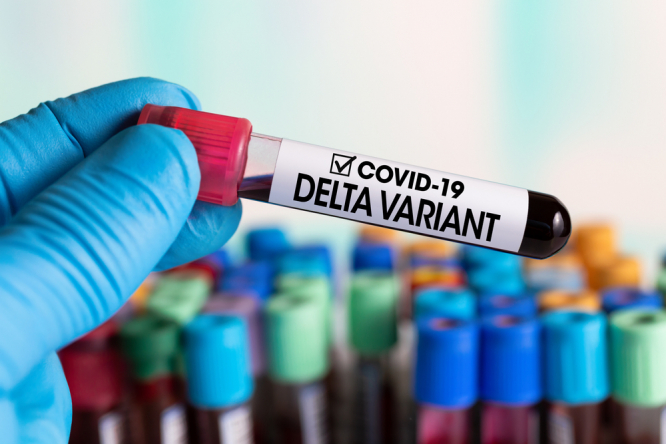 A cluster of the Delta (or ‘Indian’) variant of Covid-19 has been confirmed in Strasbourg, eastern France, with four positive cases and 43 contacts being investigated.

The cases were confirmed at an art school, la Haute Ecole des Arts du Rhin, in the Grand Est city.

Regional health agency L'Agence régionale de Santé (ARS) du Grand Est confirmed on Saturday, June 12 that an “immediate action plan” had been put in place as soon as the cases were identified.

This included the testing of 143 people on Friday, June 11 as part of a “systematic targeted” plan to stop the variant from spreading.

The Bas-Rhin authorities have now closed the school.

The ARS is continuing to work to “contain any restarting of the epidemic”, with extra vaccination plans put in place for Strasbourg.

More than 200 extra doses of vaccine and “dedicated appointment slots” will be made available to students, and bar and restaurant workers, in the city, at the  centre de vaccination de la Sainte Barbe.

People eligible for the extra slots will be able to ‘jump the queue’ to sign up for vaccination, the ARS said, with even more doses - 2,600 - scheduled for next weekend (Saturday, June 19, and 20) too.

These will be at the Vaccinodrome de l’Hôtel de la Collectivité Européenne d’Alsace.

The ARS is also planning a “strong mobilisation of anti-Covid mediators” who will alert people to the outbreak, and give advice on how to avoid becoming infected. These agents will target “students and young people under 30”, especially in the student neighborhood of Krutenau, where the school is based.

The Delta variant is estimated to be up to 60% more contagious than the Alpha variant first discovered in Kent last December, said Professor Neil Ferguson, of Imperial College London.

It is especially present in the UK, with the British government saying that between half and three-quarters of newly-confirmed Covid cases by the end of May were of the Delta strain.

Yet, in the Bas-Rhin in France, the Covid-19 epidemic is still seen as at a “moderate level” only, the ARS said, with an incidence level of 65 per 100,000 people on June 11 - considerably lower than the highest alert level of 200.

Nationwide, the most recent data from Santé publique France shows that the Delta variant represents just 0.5% of positive test results analysed in France so far.

France Covid cases fall below UK for first time since February
Delta Covid variant is 0.5% of cases in France, latest figures show
How is France tracking spread of Indian variant of Covid-19?