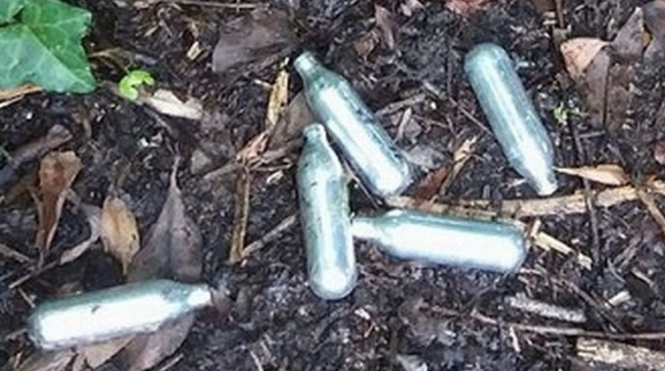 The gas is often sold in small canisters, or used to blow up party balloons. Its use as a recreational drug is spreading among young people in France.
By Connexion journalist

The gas - or N2O, called le protoxyde d’azote in French - is often sold in small cartridges or canisters, for use in products such as Chantilly cream spray aerosols. The gas is also often used to fill party balloons.

Increasing numbers of young people - especially aged 20-25 - are inhaling the gas, nicknamed “proto”, as it is said to produce a euphoric effect.

A bill to ban the sale nationwide to minors across France has been approved by the Senate, but it has yet to go before national parliament l’Assemblée Nationale.

Some towns, including Cannes (Alpes-Maritimes), Mulhouse (Haut-Rhin), Arras (Pas-de-Calais) and Évreux (Eure), have already banned the sale of the gas to under 18s.

Anses toxicologist Cécilia Solal told news service FranceInfo: “The first symptoms that appear are headaches, dizziness, lightheadedness, and loss of balance. We can see them even in people who are experimenting with nitrous oxide for the first time.

“Among more regular consumers, 70% developed neurological symptoms. We can see that even after they stop consuming ‘proto’, patients continue to have these issues.”

The Anses study has shown that the gas can be addictive. It has also been linked to nerve damage and worse.

Ms Solal continued: “Some people show real withdrawal symptoms. There are some people who consume several hundred cartridges a day. So we are no longer talking about a simple celebration [or social] context, and it is very difficult to stop for some patients.”

One user, a 25-year-old named Victor, from Paris, told FranceInfo: “We would meet more and more [to take it]. I took a lot when I was at university, in the evenings, weekends...it was kind of in fashion.”

Another occasional user, Laura, said: “We got hot very quickly, and I got really red very quickly, and afterwards I laughed, but not much more than that. It left me feeling a bit foggy, and three seconds later it was finished.”

An even younger user, Nathan, aged 14, told the news service: “In the moment, it is not something that really worried me, because it didn’t last very long as an effect.

“But at the beginning, I didn’t understand, I was a bit stunned. I could hear little sounds, and I didn’t laugh, because it didn’t make me feel good. It made me feel tired.”