France on alert for tiger mosquitoes as temperatures rise 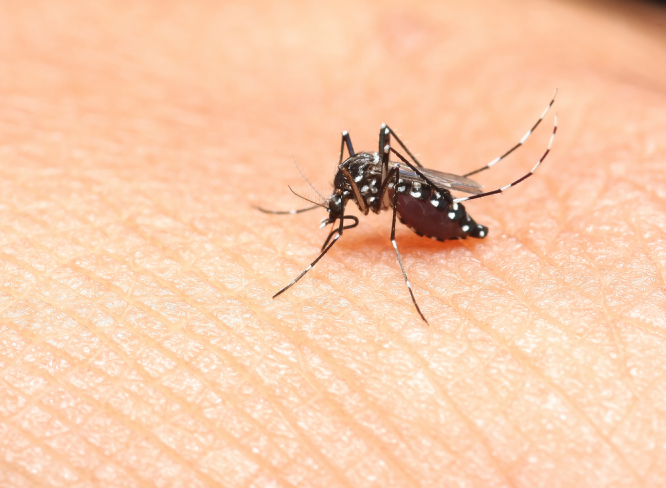 Since January 2021, tiger mosquitoes have been recorded in 64 out of the 96 mainland departments across France Pic: Sydeen / Shutterstock

France is on heightened alert for tiger mosquitoes as temperatures rise with regional health authorities taking increased measures and extra vigilance against the insect.

Since January 2021, tiger mosquitoes, which usually bite during the day, have been recorded in 64 out of the 96 mainland departments across France, including in Paris.

The tiger mosquito – scientific name aedes albopictus – is an invasive species, originally from south-east Asia. It can spread serious diseases such as chikungunya, dengue, and the zika virus.

Its annual period of activity is from May 1 to November 30 as temperatures rise. Health authorities are on high alert during this time.

The insect is especially common in the very south-east of France (Alpes-Maritimes, Bouches-du-Rhône, Vaucluse, Gard, Hérault, Pyrénées-Orientales, Corsica) and Rhône, where it is present in more than 40% of communes in each department.

Meanwhile, in departments across much of the lower third of the country more than 40% of each department's population live in communes where the insect is present (see map below). This figure is higher than the previous one, as the insect is attracted to highly-populated areas.

Previously reported only in the south, it has now spread much further north.

In contrast to other mosquitoes, it usually bites during the day. It also tends to stay in urban areas, near places inhabited by humans, and is especially common near stagnant water.

It is almost impossible to get rid of once it has arrived in the region.

However the regional health agency (ARS) for Bourgogne-Franche-Comté said: “Not all flying insects or mosquitoes are tiger mosquitoes.”

Tiger mosquitoes are around 1cm long, and are black with white marks on their body and feet. They have a white line on their thorax, and a sting.

If you see one, you can report it online to national health and environment agency Anses here.

Regional health agencies have advised the following steps to reduce the mosquitoes in your area and garden:

The Health Ministry stated: “By modifying their behaviour and adopting simple and easy measures, everyone can participate in the fight against the spread of tiger mosquitoes and help prevent the introduction of dengue, chikungunya or zika in mainland France.”

These illnesses are still extremely rare in France, but can be spread by tiger mosquitoes.

These illnesses are much more common in tropical regions but their spread is being monitored carefully in France as there is a risk of them becoming native to France.

In 2010 there were two reported native cases of chikungunya (meaning in people who had not recently travelled to an at-risk area), in Nice and Fréjus. The virus was also confirmed in the Var in 2017 and in Tarn in August 2018.

In 2013 one native case of dengue was reported in Bouches-du-Rhône, and an outbreak was suspected in the city of Nice in September 2020.