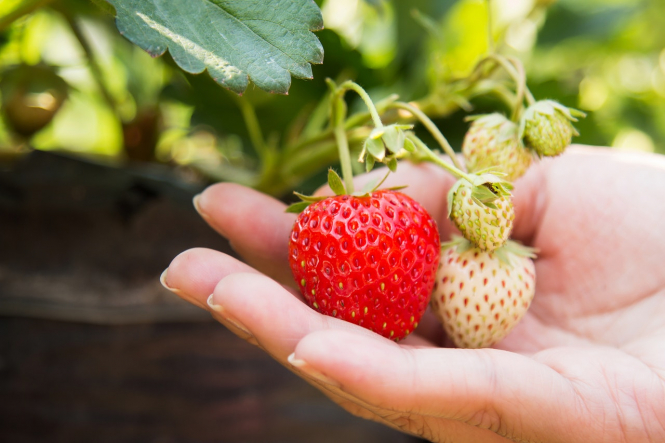 The government confirmed on Thursday (May 7) that European farm workers with a valid working contract will be permitted to enter the country to help French farmers. The permission will apply to workers coming from inside and outside the Schengen Area.

The external borders of the Schengen Area remain closed due to Covid-19 precautions, and even within the EU, various confinement restrictions and internal border closures have made travel difficult-to-impossible since the pandemic began.

Currently in France, borders are open to citizens from the Schengen Area if they are resident in France, but others are not allowed. Only goods transporters with a valid visa are otherwise permitted.

But as the spring harvest time approaches, French farms estimate that their need for workers will increase from 45,000 people to 80,000 in the next month.

Daniel Sauvaitre, arboriculturist and secretary general of professional fruits and vegetables association Interfel, told newspaper Le Figaro: “Now the situation has changed because we are entering the tough harvest season, with cherries, peaches, nectarines, pears and apricots about to start.

“And for the past ten days or so, Spanish and Portuguese workers who, year in, year out, have been able to cross borders with a waiver, have come up against stricter border controls.”

The lack of workers within France has already had a negative impact on some harvests over the two months of confinement, producers have said.

In April, some farmers said that they had been forced to give up 15-20% of their strawberries and asparagus crops, which normally require many hours to hand pick, due to their delicate nature.

André Bernard, vice president of the Chamber of Agriculture in Vaucluse (Provence-Alpes-Côte d'Azur), said: “In some cases, this was a deliberate choice by producers, who - not being sure if their products would sell, as people were just rushing to buy necessities only - decided not to pick at all.

“But in the southwest especially, where foreign seasonal labour had not yet arrived by the end of February, producers found themselves stuck.”

In March, the social security association for producers, la Mutualité Sociale Agricole (MSA), said that it had 20% fewer contracts than normal on its books. To fill the gaps, farmers have been forced to call on other temporary workers, family help, or on the small number of foreign workers who were already in the country when confinement began.

In the same month, worker platform “Des bras pour ton assiette (Arms for your plate)” said that it only managed to recruit 15,000 of the 45,000 seasonal workers normally needed at that time of year.

In April, the Finistere (Brittany) collective, Sica de Saint-Pol-de-Léon - which covers 650 farms - warned President Emmanuel Macron, during a visit to the area, that there would be a risk of a serious lack of workers after confinement ended.

In some regions of the country, farmers and collectives had already been seeking permission from local authorities to obtain travel waivers, allowing them to recruit workers from Romania and Bulgaria.

The situation led the French government to make it easier for seasonal farm workers to cross borders, especially those from across the EU.

Yet, the new rules do not apply to Tunisia or Morocco; countries that usually make up 10% of seasonal workers who come to France in spring.

One major cherry producer, who is seeking to employ 200 extra workers, told Le Figaro: “If I don’t have enough workers within the next 8 to 10 days, part of my crop will be lost.”

For many similar producers, soft fruits - which need picking now - are their primary source of income.