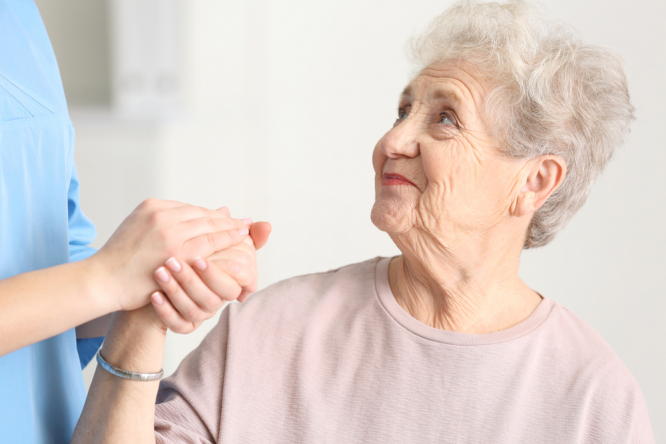 France will spend €240million extra on home help services for elderly people in 2022, Prime Minister Jean Castex said this week, as part of plans to address severe staffing shortages in the sector.

Mr Castex made the announcement during a visit to Saône-et-Loire on Thursday, September 23.

He also said that he will introduce a minimum rate of €22 per hour for professionals in the home help, support, care, and services sectors; with the state covering additional costs.

The plans appear part of a move to recruit more at-home helpers, as the industry is experiencing a severe shortage of workers, despite increased demand and an aging population.

1.6 million people are currently cared for at home in France, with demand rising.

The prime minister said that the industry needs 20% more workers to fill the gaps, but there is a severe lack of candidates.

Dominique Langlais, director of home help federation ADMR in the Pyrénées-Orientales region, has said that the low salary does not attract applicants.

He told France Télévisions: "In the current situation, a female employee (95% of our sector are women) has to have 17 years experience before she is eligible to be paid more than the minimum wage. This is far too little, especially as the working conditions are difficult. The job no longer attracts applicants.”

Now, the government has approved an agreement from April 2021, which should result in salary increases of 13-15% from October 1.

‘Prioritising patients is not our job’

The crisis in the home help sector, both for the elderly and for people with disabilities, is said to have been exacerbated by the health crisis.

In the Toulouse region (Haute-Garonne), one home help company has had such difficulty recruiting staff that it has been forced to cancel appointments, such as offering assistance with walking or shopping, and to prioritise only ‘life or death’ visits, such as ensuring patients take medication, reports France 3.

Director Bernadette Rodrigo said: "Prioritising patients, sorting them out... It's not right; that’s not our job."

Other workers have confirmed that the shortage of staff means that priority is only given to the most dependent people who need help to get up, wash or eat.

For everything else, which might be considered a "comfort" service, such as household help, "there can be a wait", says Sandrine Lavoix, general manager of the AASE (Association action entraide solidarité) based in the Dordogne and interviewed by Capital.

According to the barometer of home help published by national union for home help, care and services, UNA, between March 2019 and 2020, one in five requests could not be fully taken, and one in four establishments were forced to refuse to take on a request due to a lack of staff.

In France, home help is theoretically available to everyone.

Financial assistance may be granted by the department, the pension fund, mutual insurance companies, the Mairie, or the Centre communal d'action sociale (CCAS), depending on criteria such as age and other factors, such as disability.

Further information on who is eligible and what care is available near you can be found on the government website.

16 hours ago
3
Visitor visa for France: How do we prove we own our second home?