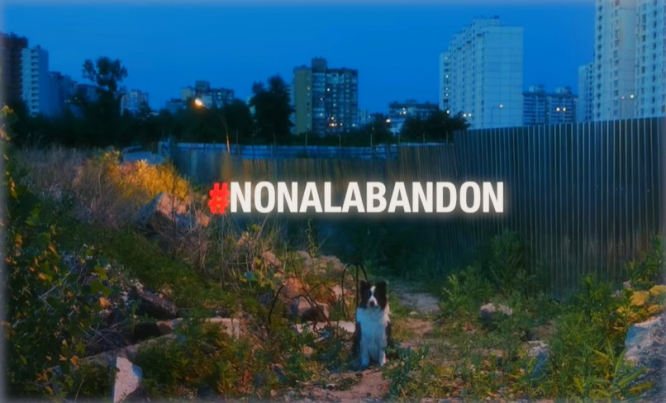 In a new video campaign, the group is spreading the message “#NonAlAbandon (No to Abandonment)”, and seeking to raise awareness of the problem in France ahead of the summer - traditionally the worst time of year for the issue.

The video features images based on scenes that association staff “see every day”, the group said. It shows ordinary people leaving their animals by the side of the road, in boxes, tied up in fields, or simply throwing them away down rubbish chutes.

The video shows the “abandoners” singing along to the famous Queen song, We Are The Champions, in an ironic reference to France’s dubious record.

Reha Hutin, president of la Fondation 30 Millions d’Amis, said: “[France holding the record for abandoned animals] is an embarrassing ranking. Our campaign is intended to shock. We must put our foot down and say, ‘enough’.”

She told Connexion: “We’ve been saying this for 30 years, and have made this ‘electro-shock’ video deliberately tough, to show people the cruel results of what they, and thousands of their friends and neighbours, are doing.

“The hard truth is that 100,000 animals in France are dumped each year because people are unwilling to spend some time finding someone to look after their pet. It gets worse in summer as each year 60,000 pets are dumped, just so people can head off on holiday without a problem.”

This video is currently only available to people watching from France. This video report from BFMTV, which shows part of the campaign, is available outside of France.

Ms Hutin added: “What we are showing is real life. It is not only some unknown scumbag who abandons [animals]. It is your neighbour, your cousin...Mr and Mrs Everyone.”

She told Connexion: “At least today, most people have stopped throwing them out of cars on the autoroute, or dumping them in bins, because they are scared of being caught. The penalties are severe: up to two years in prison and a €30,000 fine.

“But that means that more people are leaving pets at refuges, which struggle to find new homes for them. You don’t need to dump your pet to go on holiday. Find someone to take them; ask a friend, ask a neighbour. It’s only for a few days.”

Explaining the use of the Queen song, Ms Hutin told FranceInfo: “We obtained the rights to this iconic song for a ‘price in principle’. We were lucky that Queen gave us the rights to use it: Brian May, the guitarist of the band, is a fervent defender of animals.”

She added: “Freddie Mercury loved cats; he had eight of them at home.”

The foundation has now set up a website, Vacances Entre Amis (Holidays With Friends), to help people to find someone to look after their pet temporarily. The accompanying smartphone app, 30 Millions d’Amis Vacances, also shows a growing number of pet-friendly holiday locations.

The video campaign comes in the same month as a similar initiative from animal protection society la Société Protectrice des Animaux (SPA), which is also seeking to reduce abandonments over the summer.

Its message is: “This summer, let us end the suffering of abandonment.”