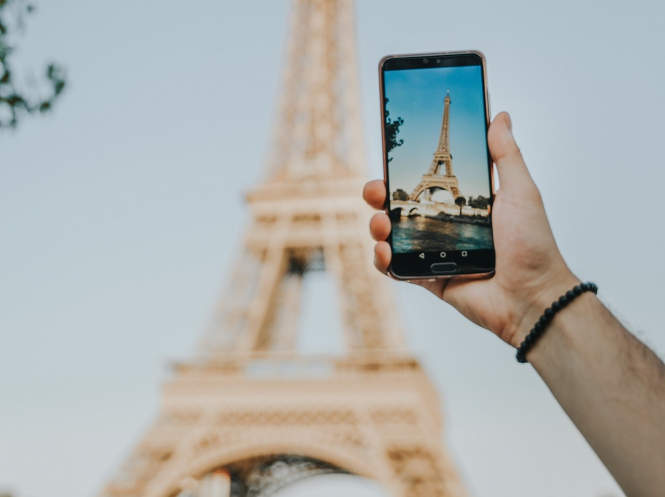 “In line with its expertise on radio frequencies and health, and based on the scientific data available to date, Anses considers that the deployment of 5G in the 3.5 GHz frequency band is unlikely to present new health risks,” its report, published April 20, states.

The deployment of this fifth generation mobile network technology, which began in France at the beginning of the year, has triggered controversy.

In October last year the city of Lille in Hauts-de-France suspended permission for any further deployment of 5G pending the publication of Anses’ report.

Mayor Martine Aubry tweeted at the time, “because our doubts exist from a health point of view and the digital implications of the deployment of 5G, we have voted for a moratorium. It is urgent to wait.”

President Emmanuel Macron fuelled the 5G debate when in September 2020 he compared sceptics of 5G to preferring the “Amish model” and who advocated for a “return to the oil lamp”.

5G technology is being rolled out in France on a 3.5 GHz frequency band. It is available through four major mobile operators: Bouygues Telecom, Free Mobile, Orange and SFR.

Free Mobile has currently opened the greatest number of 5G sites in the country, as shown in the table below.

5G can also be deployed on 26 GHz band, which has not yet been allocated for use by mobile operators in France. Anses considers that "at the present time the data are not sufficient to conclude whether or not there are health effects (on this frequency)".

It recommends further research into the health effects of exposure to various wave frequencies.

The French government has stated that Anses’ report backs up its decision to begin the launch of 5G at the beginning of this year.

Anses stated in its report that it hopes that in the future similar health studies will be carried out prior to the launch of new technologies.

Eventually, all sites in France will be required to provide a 5G service, but the initial phases are as follows:

At least 25% of these sites must be in “sparsely populated areas and industrial areas, outside the main metropolitan zones,” France’s telecommunications regulatory agency Arcep states.

Arcep has said that there is also an obligation for the four telecoms operators to increase 4G coverage.

How will 5G be different?

The fastest 5G networks are expected to be at least ten times faster than 4G, UK-based wireless industry trade group GSMA states. This speed could increase to up to 100 times faster over time.

That would mean that it would be possible to download a two-hour film in less than ten seconds, compared to around seven minutes with 4G.

For most internet needs, 30Mbps is more than adequate.

By comparison, 5G will offer downloads speeds of up to 10Gbps.

5G will also mean an end to overcrowded signals. It will still be possible to have super fast internet access even when standing in a large crowd of people also using mobile internet.

France’s telecommunications regulatory agency Arcep states 5G will allow for developments in medicine, transport and the internet of things.

It notes on its website that “new functionalities may be gradually proposed by operators over the next few years as 5G evolves and the frequencies on which it will be deployed.”

To use 5G it will be necessary to have a new smartphone that is compatible with the technology. Anyone wishing to use the service will also need to sign up for a new mobile tariff.

Arcep states that: “Operators are free to set their own prices. It is possible that the first packages may be more expensive than 4G rates. But experience shows that a novelty usually becomes a market standard after a while.”

Where can I complain about slow internet speed in France?

96% of France now covered by at least one 4G operator