France’s ski season remains in doubt due to Covid 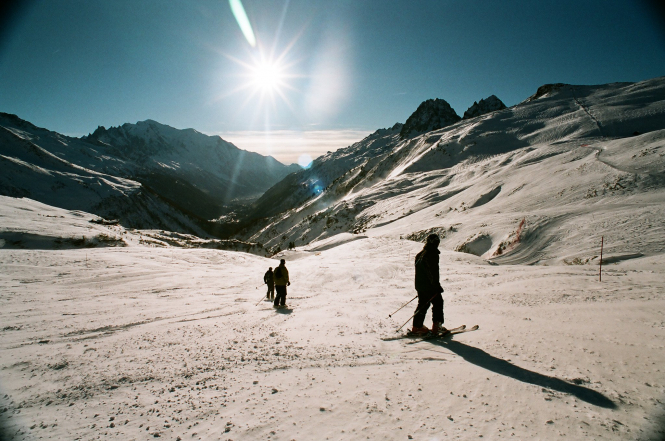 France’s ski season this year still hangs in the balance, with no government decision yet announced on whether the mountain stations can open.

President Macron is due to address the nation on Tuesday evening, where it is believed he will set out plans for the next phase of lockdown, including details on the ski season.

France’s tourism minister Jean-Baptiste Lemoyne told newspaper Le Figaro on Friday that those working in the ski industry have said they will need a decision between December 5 and 10, in order to have time to open before the Christmas holidays.

However, Mr Lemoyne said, “it is still too early to know if and when the ski stations can open”. The decision will depend on the coronavirus situation in the country.

The longer the decision is delayed, the harder it will be for the ski industry.

"Hotel owners are beginning to think that if they can't reopen at Christmas, they won't open all season because it's not profitable," Dominique Marcel, CEO of ski tourism company Compagnie des Alpes, told Le Figaro.

“This will have very heavy consequences for the French mountains,” he added.

Gérard Brémond, president of Pierre & Vacances which specialises in tourism and holiday villages, said, “The economic and social weight of the mountains is too important to miss the season.”

“The public authorities have decided to re-enter lockdown in France with the hope of a progressive deconfinement for the end of year festivities. I can’t believe it won’t be possible to ski at Christmas.”

Ski-related tourism is big business in France, with an overall annual turnover of around €11billion.

However, bookings for the Christmas holidays this year have fallen by between 50 - 80% compared to 2019, one industry professional told Le Figaro.

Another major concern for ski stations is the lack of foreign customers, with the big resorts, such as Tignes and Courchevel, the most affected by this.

It is estimated that around 30% of France’s ski tourists are foreign, with the British, Belgians and Dutch the most common visitors.

In some areas, such as Courchevel and Val Thorens, this number can rise to 70%.

France Montagnes, an association of French mountain tourism businesses, has released an infographic (see below) laying out specially adapted health protocols at ski resorts this year.

Jean-Marc Silva, the director of France Montagnes, told The Connexion for an article published in October that, “our mountains can handle the concerns that our clients have in terms of health.”

France has got great snow but will the skiers come?

“We are convinced that the value of the mountains will match the expectations of people. People need to feel good, they need the mountain air,” he said.

Health measures announced include the obligatory wearing of masks while queuing for and on ski lifts and during gatherings at the start and end of ski classes (children under 11 exempt). The mask can be taken off while on the slopes. Hired equipment will be thoroughly cleaned, and masks are needed in bars and restaurants when not seated. Bars and restaurants will be limited to table service.