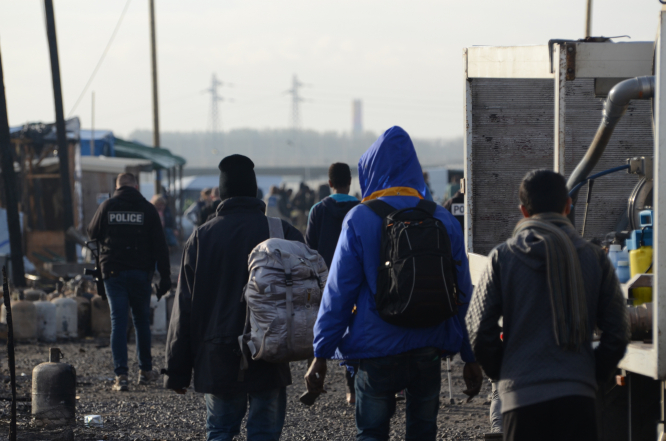 At least 27 people died in the Channel yesterday as they tried to cross from France to England Pic: Edward Crawford / Shutterstock

President Emmanuel Macron has said that “France will not allow the Channel to become a cemetery,” following the drowning of at least 27 people who were trying to cross to the UK yesterday (November 24).

The victims included 17 men, seven women and “three young people,” whose exact age is not yet known, according to Lille’s public prosecutor, Carole Etienne.

Several of the migrants died in hospital, where two survivors – an Iraqi and a Somali national – are still being treated. Initial reports had put the death toll at 31.

Yesterday’s tragedy is the most deadly event to have occurred in the Channel since 2018.

President Macron has demanded the “immediate reinforcement of [European Border and Coastguard Agency] Frontex at [the EU’s] external borders,” and has called an emergency meeting of European leaders “concerned by the migrant-related challenges”.

During a phone call made last night, UK Prime Minister Boris Johnson agreed with President Macron to “do more” to prevent migrant crossings.

Mr Johnson has said that he is “shocked, appalled and deeply saddened” by yesterday’s events, and has called on France to allow British border patrols on the French coast.

“We have had difficulties in persuading some of our partners, in particular the French, to do things in a way we think the situation deserves,” he told Sky News. “But I understand the difficulties that all countries are confronted with. What we want now is to do more together.”

President Macron warned the British Prime Minister not to use yesterday’s tragedy “for political purposes,” the BBC reports.

“Everything possible will be done to find and punish those responsible” for the fatal crossing, the president said in a statement.

“We have all been moved by this tragedy, which has struck each of us in our deepest selves,” he continued, adding that the families of the victims will be offered “France’s unconditional support”.

“France is acting alongside the UK to dismantle these smuggler networks,” he said. “Since the beginning of the year, thanks to 600 police officers and gendarmes, 1,552 smugglers have been stopped on Nord’s coastline, and 44 networks have been broken up.”

Interior Minister Gérald Darmanin told RTL this morning (November 25) that a fifth person has been arrested on suspicion of being involved with smuggling the migrants across the Channel.

Lille’s juridiction interrégionale spécialisée (JIRS) has opened an investigation into yesterday’s events, and the boat on which the migrants were travelling is being examined in order to determine why it sank.

Rescue crews from the Société nationale de sauveteurs en mer (SNSM) have described their efforts to save people during yesterday’s crossing.

“We recovered six bodies that were drifting. I had a pregnant woman and a small youth of perhaps 18 or 20 years of age…We are humans, we have a heart. It is very hard,” SNSM volunteer Charles Devos told BFMTV.

“It really is mass murder. When we go out looking for little children who are two years, three years old, who are shivering, who have hypothermia. When we bring them back to the quay and take their hand...It is saddening, it troubles us,” said Bernard Baron, the president of Calais’ SNSM.

Several migrant aid associations have criticised the French and British governments for failing to prevent this latest tragedy from occurring.

Yann Manzi, cofounder of French migrant aid association Utopia 56, told FranceInfo that: “Yes, the smuggler networks are criminal, but France and Europe are also criminals, with their treatment [of migrants] which pushes these people to take risks.

“Smugglers are incriminated but it is obvious that all the administrative regulations which prevent people from seeking asylum in our country are also criminal.”

Mr Manzi is calling for “safe routes, which would help to make the migration more secure,” as “these people will continue taking risks,” considering that they are fleeing from “war and misery”.

Pierre Henry, president of asylum seeker association France Fraternité, said: “The policy adopted by the UK is truly shameful, made worse by its deep hypocrisy.” He added that an alternative solution must be found to prevent people from putting their lives at risk.

Calais locals have also expressed their frustration over this latest event, with one resident, Sébastien, saying: “We are powerless. We see [the migrants] every day in the street. When we see what is happening along the coastline, I do not understand why we cannot find a solution.

“The deaths are piling up and nothing is happening.”

Yesterday evening, around 50 people gathered to deplore the 27 deaths that had just occurred, calling for better living conditions for the migrants that arrive in Calais.

Pas-de-Calais’ MP Pierre-Henri Dumont (Les Républicains), has said that migrants who arrive on the French coast should be transported to new centres where they will be “sheltered and pulled out of the clutches of smugglers”.

“Each death is a failure [and] once the migrants are in Calais, it is too late: we put them into the hands of smugglers who make money out of death,” he told FranceInfo.

“The only solution is to make the French coast a no-migrant zone.”

Mr Dumont added that the migrants’ presence in Calais is partly due to the involvement of charitable organisations not recognised by the state, who, he said, “encourage migrants to stay [there] and to refuse to take the buses offered by the State with a view to sheltering them hundreds of kilometres away”.

Utopia 56’s Yann Manzi rejected this idea, claiming that “England remains the goal because we refuse them residency in Europe and leave them to wander here and there without any rights. They try, therefore, to go to England because there are fewer identity checks and more undeclared work.”

Around 22,000 migrants have successfully landed on Kent’s beaches or in its ports since the start of the year according to the BBC.

The increase in attempted Channel crossings is partly down to the fact that reaching the UK by ferry, train or hidden in a lorry has become virtually impossible due to increased border controls.

It is more difficult to monitor northern France’s hundreds of miles of coastline, so more migrants are opting for that method.

France’s Interior Ministry claims that 62% of crossings are prevented before they even leave France, but once the boats leave it is too late to stop them.

“The most important thing is protecting human life,” Philippe Dutrieux, maritime prefect of the Channel and the North Sea, told FranceInfo. Attempting to pursue the migrants would create “a significant risk with regards to the boats, which are overcrowded, with women and children,” and which could sink if their passengers were to move too suddenly.

However, the main reason for the increase in the number of crossings is “the new strategy of the smugglers,” according to Minister Darmanin.

These passeurs “use bigger boats which are able to accommodate up to 65 people, in place of the makeshift boats which carried around 15 in 2019 and 2020.”

Smugglers are also using diversion tactics, with poorer migrants put in cheaper decoy boats which will be stopped by the authorities, while those who pay more escape in sturdier vessels, The Times has reported.

In addition, rescue crews have said that the average cost of a crossing has fallen from €6,000 to €3,000 due to increased demand.

Several organisations that work to support the migrants in Calais blame their living conditions in France.

In November 2020, three bodies referenced “police harassment”, the repeated destruction of migrant camps, the confiscation of personal possessions, and limited access to water and food as reasons why people make the perilous journey across the Channel.