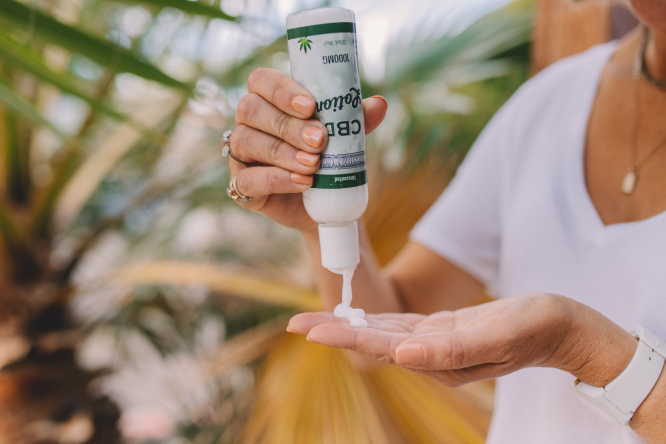 CDB products can be sold in various forms including foods, oils, e-cigarettes, teas, lotions, and cannabis flowers to smoke or inhale
By Joanna York

A parliamentary report published yesterday has called for changes in French law to allow lighter regulation for CBD products in France and developments in the French CBD market.

CBD, also called cannabidiol, is the non-psychotropic part of the cannabis plant, meaning it has no psychological effects.

Shops selling CBD do so through products such as foods, oils and cannabis flowers to smoke or inhale - which are said to give users physical sensations of relaxation.

While CBD shops have flourished in France in recent years – there are almost 400 today - the parliamentary report described the market surrounding CBD products as “practically grotesque”.

Legal CBD sales points have been targeted by French courts in recent months and French CBD product developers are unable to use supplies from French cannabis growers due to a national law making it illegal to make use of the leaves of flowers of plants that naturally contain CBD.

Although France is the biggest producer of cannabis in Europe, most of its hemp plants are used to produce textiles and building materials.

The authors of the report described CBD as the “collateral victim of a heavy-handed approach to cannabis” in France.

The report called for improvements so that customers would be guaranteed “total safety” when consuming CBD products.

It also suggested that rules against economic development in the sector be reduced to authorise “the growing, import, export and use of all parts of cannabis plants, including the flower, for industry and commerce” in France.

In addition, the authors of the report proposed raising the threshold of THC – the psychoactive part of the cannabis plant – allowed in cannabis products to be in line with other European countries.

France currently only allows farming and sale of hemp fibres and seeds on the condition that THC levels in general products are below 0.2% and at 0% for food products.

The report suggested raising this to 0.6% or even 1% for French overseas territories.

France has previously tried to legislate against CBD shops on the grounds that some of their products contained illegally-high levels of THC.

But French court cases were overruled by EU courts on the grounds that the products concerned contained such low levels of the drug that they could not be considered narcotics.

Aurélien Delecroix, president of national cannabis union le Syndicat Professionnel du Chanvre (SPC) told the Agence France-Presse: “This parliamentary report is moving things in the right direction. France, which was in a particularly damaging situation, will now be able to find its feet in this new sector and to make up for lost time.”

The SPC said the French market is currently worth €150 million-€200 million, but could grow to be worth €1 billion by 2023 - if regulations are lifted.

Report to be studied in government

The report is now being studied in government by the inter-ministerial group against drugs and addictive substances, Mildeca.

MP Ludovic Mendes, parliamentary rapporteur on the legalisation of CBD, said he expected that not all aspects of the report would be approved by the group.

He said: “We know that Mildeca is not necessarily in line with some of our proposals… it can always find something to block.”

But, he added: “The issue is not that [the law] moves fast, but that it moves in the right direction.”