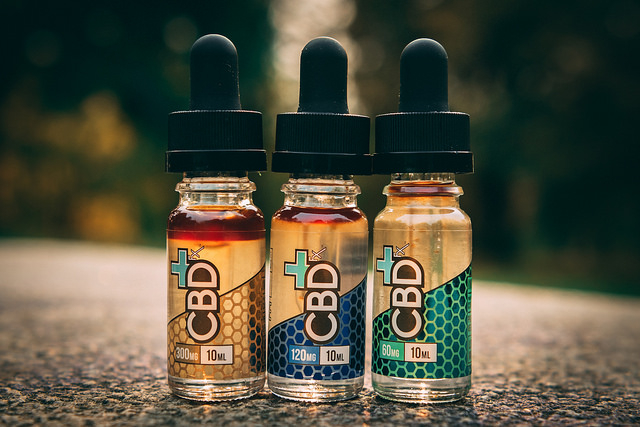 CBD, or cannabidiol, can be found in everything from tea, to olive oil, honey, massage oil, cosmetics, and beyond
By Hannah Thompson

Shops selling products that contain CBD - the non-psychoactive, “feel good” compound from cannabis - are spreading across France after a court ruled that the country could not ban the substance’s sale.

CBD, or cannabidiol, can be found in everything from tea, to olive oil, honey, massage oil, cosmetics, and beyond. It is derived from the cannabis plant, but - in contrast to cannabis itself - it offers a purely relaxing result, with no psychoactive compounds or effects.

One proponent of the product, Aurélien Delecroix, president of the professional union, le Syndicat professionnel du chanvre (SPC), has even said that “the French market for CBD could reach €1 billion”.

On November 19 this year, the European Court of Justice (ECJ) ruled that France could not ban the sale of CBD that had been legally produced in another European country member state.

Ludovic Rachou, treasurer of the SPC, said: “The ECJ [also] concluded that CBD was not a narcotic.”

As a result, more and more shops are beginning to open in major towns such as Paris, Bordeaux, Marseille and Lyon, with CBD products on their shelves, many of which bear new labels reading “100% legal”

The ECJ became involved after the Court of Appeal in Aix-en-Provence asked it to intervene in a case against two Marseille entrepreneurs who had been accused of illegally selling a CBD-based e-cigarette under the brand Kanavape.

The “Kanavape case” led to the creation of the SPC, which lobbied the government on the issue, and sought to raise awareness of the positive uses of the “wellbeing cannabis”. A government report on the issue is now due at the start of 2021.

French laws will now need to adapt to reflect the ECJ ruling, and entrepreneurs have already started making plans.

In light of the ECJ’s ruling, one estate agent in Paris, Kevin Uzan, co-founder of commercial agency Commerce Immo, told newspaper Le Monde: “Out of around 100 calls per day, we are receiving 10 to 15 from people looking for commercial sites for CBD in Paris.

“They are looking for bohemian-style neighbourhoods such as République, Bastille, le Marais, Saint-Germain, and Saint-Michel.”

One owner of the brand Green Valllée, which now has two shops in Paris - one in the 15th arrondissement and one in the 17th - told Le Monde: “We sell everything that is based on CBD. [These products] have less than 0.2% THC and are not considered drugs according to European legislation.

“We do not have THC, but we have the feel-good side with cannabidiol. Nevertheless, we still do not recommend its use by children.”

The growth of CBD shops in France represents a bounce back after the compound was temporarily banned in France in 2018. After this shop numbers fell to around 30 according to Mr Delacroix.

Now there are around 300 shops and counting, including around 50 under the Deli Hemp franchise.

Mr Delacroix from the SPC founded the Green Leaf Company with the Hello Joya brand, which was sold to British brand Emmac in 2019.

Emmac is aiming to become the European market leader of CBD, and has announced plans to trade on the NASDAQ,

French MPs hit out against proposed legalisation of cannabis