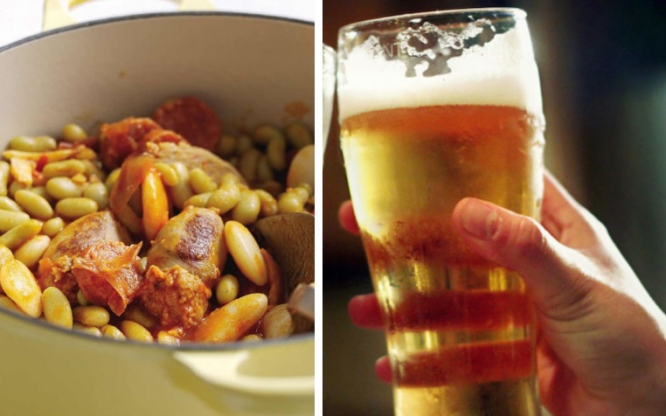 Cassoulet - a dish typically made with meat such as duck or pork sausages, and white haricot beans - is a common, traditional dish of the Occitanie region.

Justin Marquez, one of the creators of the unusual drink, is president of annual October beer event, Le Festival Octobière, which is taking place in the department capital of Toulouse from today (October 11) to Sunday October 14.

Three versions of the beer have been created in time to present at the festival.

Mr Marquez said: “It is meat juice, made from duck and pork, and a bouquet garni of herbs. We have been letting it reduce slowly for over a week.”

The idea is to keep the flavour of the original dish, without keeping the fat, and making it a smooth, drinkable beer.

Flavour-wise, it is expected to highlight the soft texture of the white beans - which contain starch, just like normal barley malt in beer - and combine it with the rich taste of the meat.

Having tasted the drink, Mr Marquez said: “The meat is more like a secondary flavour. [The beer] is really drinkable, and rich, without being too heavy. It is really quite pleasant.”