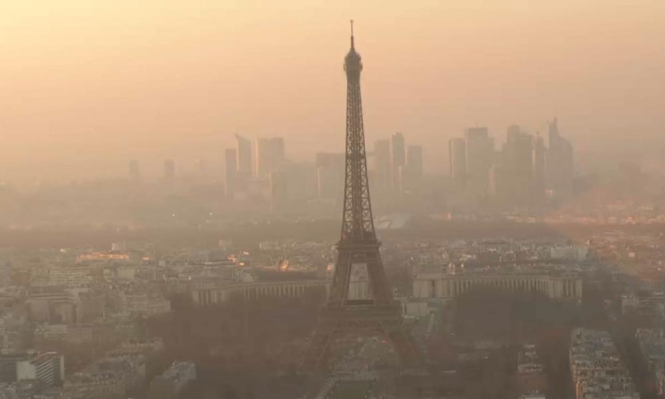 The restrictions apply to vehicles that have a Crit’Air rating of 4 or 5, or that are unclassified. Only cars with a rating of 0, 1 and 3 are permitted. Crit’Air clean air stickers are legally required in some cities in France, to identify a vehicle’s emission levels.

This is the first time that Lille has taken the step to ban the most polluting cars, on the third consecutive day of a breach of the permitted threshold for fine particle pollution.

The fine particles in question are known as PM10, and are deemed to be among the most harmful to human respiratory health.

In the Ile-de-France area, the restrictions apply specifically to the interior of the A86 motorway. Between the hours of 5h30 and midnight, only vehicles with a Crit’Air rating of 0-3 are allowed.

In Lille, the restrictions are covering around a dozen communes, including the centre of town.

The restrictions were put in place in Paris on Tuesday this week, after air quality monitoring network Airparif advised that the acceptable threshold for fine particles had been breached for three days in a row.

Mayor of Paris Anne Hidalgo said that she would call to apply such restrictions once a “spike” in pollution had been identified, despite criticism from government transport aide Christophe Najdovski that the State had not taken enough preventative measures.

The capital’s police department said that there had “already been measures in place” to reduce pollution since the end of last week, including a drop of 20 kph of the maximum speed allowed on the motorways in Ile-de-France.

In a statement, police said: “More than 22,000 vehicles were checked [under this change], and 6,644 infractions were counted.”

Other measures include a ban on chimneys in Paris and surrounding areas, a ban on bonfires of “green waste”, and various further “prescriptions” for the industrial sector.

The situation is expected to improve by tomorrow (Thursday February 28) due to a change in wind direction, that should “disperse the pollution”, according to Airparif.