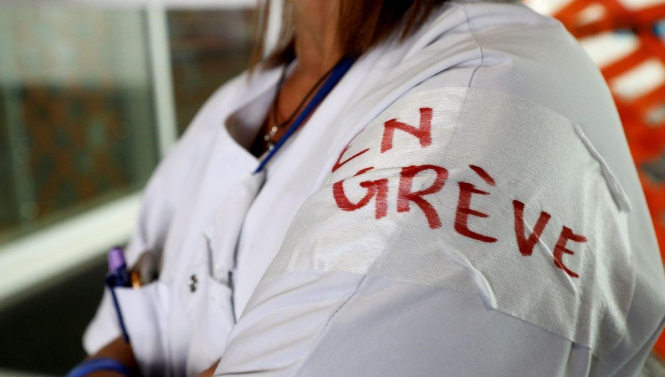 Minister Agnès Buzyn announced government funds of €750 million, to be spent between 2019 and 2022, to “rebuild emergency services”.

The funds are not in addition to existing health expenditure, but their focus will change.

The minister announced 12 measures in total to a crowd of medical union  representatives and hospital directors.

The measures are designed to help ease overcrowding and congestion in hospital accident and emergency units, by encouraging patients to rely more on local health services, and by speeding up the care process.

The new measures include:

Emergency hospital departments will no longer be funded according to the number of patients that pass through their doors, but instead by the size of the local population, as well as the socio-economic standing of the area.

As part of this new funding scheme, each hospital trust has been asked to submit a plan detailing how it will manage beds in 2020.

Ms Buzyn said that the measures would help the country “respond, at all times, to the needs of the French public”.

Earlier this month it was reported that almost half of emergency department hospitals in France - 237 of 474 - are on strike due to the conditions.

Hospitals have reported that doctors are leaving without being replaced, that timetables are unworkable, and that there are too many patients and too few resources.

“Not up to the task”

In an interview with news network FranceInfo immediately after the announcements, he said: “We are very disappointed. These [measures] are not up to the task. The crisis is deep and severe. The entire health system is dysfunctional. We will need more than these measures, which are for some, simply gadgets.”

Mr Prudhomme said that the minister had taken too long to address the situation.

He said: “When you let a movement fester, the demands grow. The situation has got worse [in the time] between the beginning of the movement, and today. The funds announced may seem big, but they do not represent any further budget. The budget going to emergency hospitals will now not maintain existing beds.

“The government will have to substantially increase social security funding. We are asking for an increase in elderly care home budgets [and] salaries, which are very important in hospitals, whether you are a care assistant, a nurse, or a doctor.”

He added: “There are some interesting things in what the minister is proposing, but they are things that we have been suggesting for years, which haven’t been put in place...for the first time, we have discussions opening up about emergency phone numbers. We shouldn’t have too many.

“Today we have problems with coordination between the fire service and the SAMU...today, we are having to close SAMU [departments]. The budget problem is inescapable, and the minister did not speak to that. That is the first step for us.”

Mr Prudhomme concluded: “The minister must re-establish a real social conversation. [When the measures were announced] we saw a great media show, where she invited some people who did not have the right to speak.”