Covid France: Gendarmes must be fully vaccinated by September 15 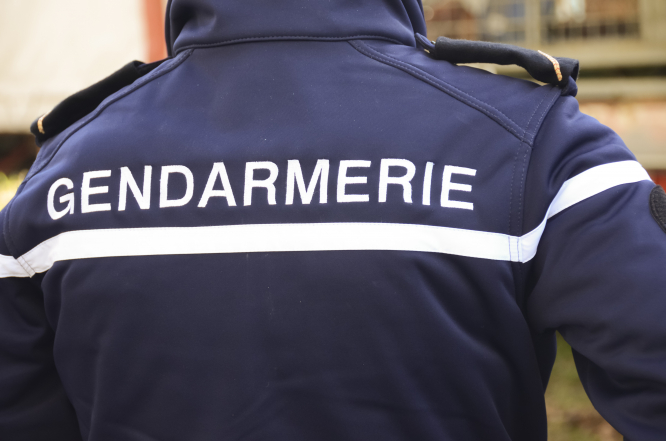 From September 15, all gendarmes who have contact with members of the public must be fully vaccinated Pic: hadescom / Shutterstock

French gendarmes who come into contact with members of the public must be fully vaccinated by September 15.

This new requirement was announced by the Direction générale de la gendarmerie nationale, a branch of the Interior Ministry which runs the gendarmerie, on August 17.

It concerns “military personnel, whether active or in the reserves, carrying out duties regarding public security, road safety, and maintaining order, or while acting as a judicial police officer or engaged in other operations which bring them into contact with people outside of the gendarmerie.”

This follows instructions made by the Armies Health Service on July 29, which made Covid vaccinations compulsory for “all military personnel serving [...] in metropolitan France.”

Gendarmes, unlike police officers in the police municipale or nationale, are considered to belong to the military.

There were approximately 100,000 active gendarmes in France in 2020, who will all come under this requirement if they carry out operations on the ground.

Civilian police officers are not required to be fully vaccinated, but police chiefs have been encouraged by the director general of the police nationale, Frédéric Veaux, to make it as easy as possible for their staff to take up the vaccine.

Such steps might include adapting work rotas to suit possible appointment slots.

Interior Minister Gérald Darmanin told police union representatives on Monday that there are currently no plans to make vaccination mandatory for members of the police nationale or municipale, although this could change.

Workers in several other sectors – including help at home carers, healthcare workers and firefighters – are already subject to the full vaccination deadline of September 15.

This concerns over 1 million non-medical and 200,000 medical workers in France’s hospitals, as well as more than 250,000 firefighters and hundreds of thousands of care workers.

In France, 40million people are now fully vaccinated, with nearly 47million having received at least one dose.

What is the difference between gendarmes and police?

The gendarmerie – from gens d'armes or ‘men at arms’ – is a branch of the armed forces responsible for policing small towns and rural areas, along with other military and defence duties.

Agents de police normally work across bigger cities and are classed as fonctionnaires (civil servants) rather than members of the military.