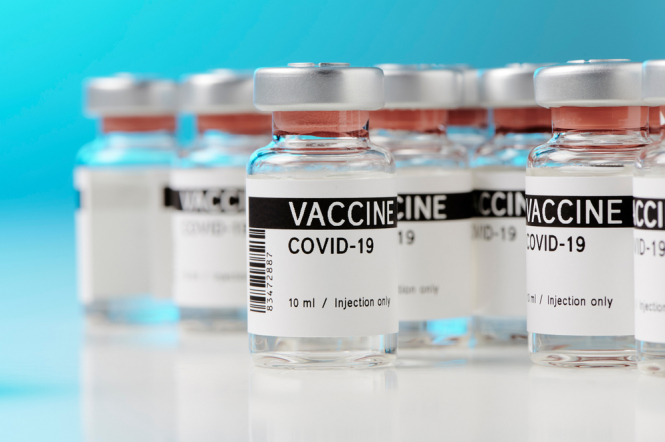 Mr Valletoux said that the country "no longer has the luxury of half-measures", while a leading GP said getting a vaccine should become a yearly "habit" Pic: M-Foto / Shutterstock

Vaccination against Covid-19 should be mandatory for everyone in France as the health pass is “not enough” to fight the epidemic, the head of a national hospital union has advised.

The FHF groups and represents more than 1,000 public healthcare, elderly care home and hospital establishments, and their staff.

Mr Valletoux called on the government to “turn a corner”, and said that the current policies of the health pass and mandatory vaccination for 70 professions do not go far enough.

He said: “We no longer have the luxury of half-measures. Everywhere, the indicators are showing a rise; the epidemic context shows us the limits of intermediate measures. We must turn the corner from making it voluntary to mandatory.

“The question was taboo a few months ago, because we were at the stage of believing that educating and convincing people [to get a vaccine] would be enough. Everyone wanted to believe that.

“[But] every day that goes by, anti-vaxx campaigners get tougher. It’s time to go beyond encouragement and take the final step. Governments have understood from the start of the crisis that the right response is to adapt, and quickly.”

The health pass “works in the short-term but will not be enough to achieve real collective immunity”, Mr Valletoux.

He explained that mandatory vaccination would get rid of the ambiguity currently surrounding the health pass, which critics have said effectively means vaccination is mandatory in all but name, and is created a ‘two tier' state.

He said: “[Mandatory vaccination] is a simple, clear, and effective measure. The implementation of the pass will be extremely complex, especially in hospitals, to decide which patients will need it upon entry and which will not.”

Mr Valletoux added that France could become a “pioneering country” by imposing the measure, and could "set in motion a worldwide movement in favour of compulsory vaccination".

It comes as health authority la Haute Autorité de santé had already recommended that the government lead “a rethink” on the subject.

If imposed as mandatory, the Covid-19 vaccine would not be the only required jab in France. Some 11 vaccinations are already required for children attending school in the country.

One leading GP,  Dr Hervé Boissin, told BFMTV that getting a Covid vaccination should become “a habit” in the country, and that having booster jabs was not so unusual when it comes to vaccinations in general.

He did not rule out the possibility of further or annual vaccines, and said: “Why not, especially if there are variants? It’s not a big deal. We do ‘flu jabs every year.

“We used to say it was only for vulnerable or older people because we didn’t have enough vaccines, but we vaccinate the entire population now. So why not for this virus too? It’s not a problem to have a vaccination every year.

“It needs to become part of our habits to protect ourselves. It’s a lot better than doing PCR tests up your nose.”

So far the French government has stopped short of making Covid-19 vaccination mandatory for everyone, and has only made it a requirement for people working in 70 healthcare and elderly care professions.

Already the health pass has proven controversial, with more than 200,000 people taking to the streets to protest against the measure this weekend, in the third consecutive Saturday of marches.

How will France’s health pass work in cafes, bars and restaurants?
President Macron defends rules for French health pass after protests
How to book your Covid-19 vaccination appointment in France