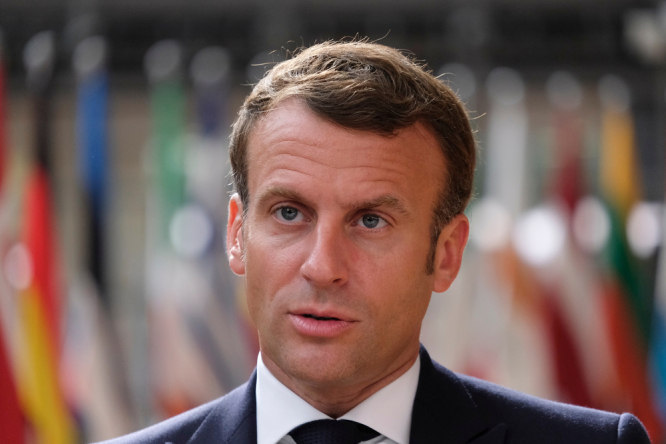 The president denied that he was taking away people's freedoms by introducing the new rules Pic: Alexandros Michailidis / Shutterstock

President Macron has defended plans to extend use of the French health pass, which he announced earlier this week, after street protests against the proposed rules took place on July 14.

The president said he had chosen to extend use of the health pass instead of making vaccination against Covid-19 mandatory for everyone in France, in light of rising cases of the Delta variant.

He said: “Should I close restaurants and cinemas again because some people choose to not get vaccinated? To these people I say: You cannot have the same rights because you have not taken on the same responsibilities.

The new rules for the health pass will be put to parliament on July 21.

If they are passed – as expected – the health pass will be needed to enter a wide range of public spaces that can accommodate over 50 people by early August including restaurants, cinemas, shopping centres, gyms and for long distance travel within France.

Read more: The new rules for the French health pass from July 21

The government hopes that this will encourage more people in France to get vaccinated, as fully-vaccinated pass bearers will be able to enter all public areas without having to pay for a PCR or rapid antigen test beforehand.

Read more: €49 for a PCR test without prescription from autumn

So far this seems to be working. Directly after the president’s announcement on Monday evening, 17,000 vaccine appointments were being booked per minute.

Protestors have claimed that this amounts to an attack on civil liberties, as people are being all but forced to get vaccinated if they want to have free access to everyday activities.

Some have said the new rules amount to a ‘health dictatorship’.

Mr Macron denied this. He said: “The constraints of using the health pass are relative, because doing so means there will not be another lockdown.

“The freedom of each person in France depends on the civic duty of all. There will be a divide between the vaccinated and unvaccinated unless we vaccinate everybody.”

Legal specialists disagree on the extent to which the new rules comply with the French constitution.

Legal expert Annabelle Pena told FranceInfo that the rules would impact some rights. “Firstly, there is the right to respect of private life and liberty that needs to be defined. The necessity to have a health pass could reduce freedom to live life as we want to.”

Ms Pena also raised questions over whether the current circumstances could still be considered so exceptional that they merit such an unusual new law, over one year after the health crisis began.

“In serious and extreme situations, we have the possibility of stopping freedoms in the interests of the general public. But that is applied when circumstances are not long-term,” she said.

But judge Jean-Philippe Derosier said that the new rules could be explained as a constitutional move to protect public health – the same reason used by the government to justify confinement, curfew and closing shops.

He said: “Today doses of the vaccine are available, and people can get vaccinated. If the same decision had been taken three months ago, when this was not the case, that would be a different question.”

On July 6, the Conseil d’Etat (the highest administrative court in France) said it would not oppose extending use of the health pass as long as it was not required for ‘daily activities’.

What constitutes a daily activity has not yet been defined.

For Ms Pena, “the new places included in the rules are for daily activities, such as shopping centres where you buy food”.

But Mr Derosier disagreed: “We are not talking about essential activities. It is not absolutely necessary to go to a restaurant, or the cinema, or to take a long-distance train.”

In any case, the judge said it is unlikely that the Conseil d’Etat or the Conseil constitutionnel (the highest constitutional authority in France) will block the new rules for the health pass.

“Since the start of the pandemic they have not stopped any government measures,” he said.