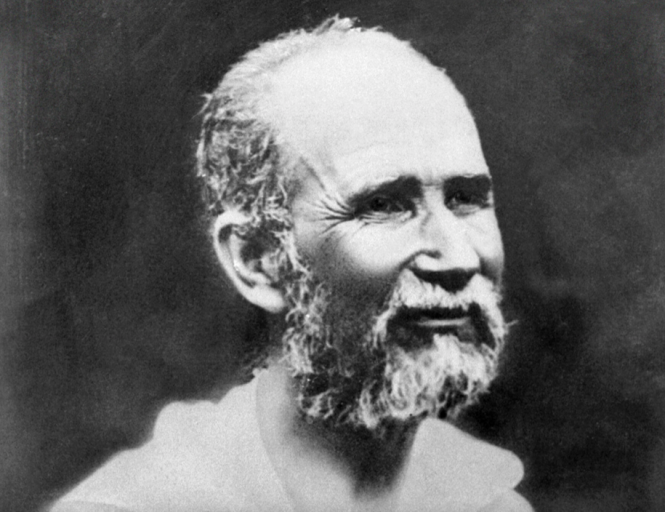 In his life time Charles de Foucauld was an army officer, socialite, explorer and geographer before finding his faith Pic: I nconnu / Domaine / Wikimedia Commons

A Frenchman is to be named a saint by the Vatican church after being linked to the 'miraculous' survival of a carpenter who fell 15 metres in a French church in 2016.

A meeting of cardinals headed by Pope Francis announced on Monday, April 26 that Charles de Foucauld would be canonised, along with six others.

Charles de Foucauld was a French-born Catholic priest and hermit who lived in the desert, and died in the Algerian Sahara in 1916.

The Pope said: “Blessed Charles directed his ideal of total surrender to God toward an identification with the poor, abandoned in the depths of the African desert. In that setting, he expressed his desire to feel himself a brother to every human being.”

No date has been set for the canonisation ceremony due to the ongoing health crisis, Le Monde reported. It would normally take place in the Vatican City and be attended by worshippers from around the world.

The beatification process (the formal process of assessing whether someone can be named a saint) began in 1927 for Charles de Foucauld. It was blessed by Pope Benedict XVI in 2005.

After blessing, a “verified miracle” must occur in order for someone to be canonised, and officially be declared a saint of the Roman Catholic Church.

In the case of Charles de Foucauld, the Vatican ruled that this miracle occurred in 2016 when a young carpenter, 23, working in a church in Saumur (Pays de la Loire) fell 15 metres.

The carpenter’s abdomen was pierced by part of a wooden pew as he landed, but otherwise he survived with no injuries.

The incident occurred on the hundredth anniversary of the death of Charles de Foucauld, on December 1, 1916.

The carpenter was also called Charle, with no “s” at the end.

Following a medical and theological investigation, the Pope announced last week that the carpenter’s survival of the fall, practically unharmed, was “a miracle caused by the spirit of Charles de Foucauld”.

Viscount Charles de Foucauld was born in Strasbourg in 1858. He was orphaned aged six and raised by his maternal grandfather who was a colonel in the French army.

He too joined the army and became an officer, but was also known for his debauched and extravagant lifestyle which resulted in him squandering his family fortune.

He resigned from the army aged 23 in order to explore Morocco, where his findings earned him a gold medal from the Société de Géographie.

Back in France, he began a life of religious faith and evangelism, and later lived with trappist monks in Syria, before becoming a hermit in 1887. He was ordained in 1901, and settled in the Algerian Sahara.

There he wrote daily meditations on his faith, and books on nomad culture – including a French-Tuareg dictionary – which are still used as a reference point today.

He was assassinated at his hermitage in 1916.

He was the best-known of the seven historical figures that Pope Francis announced are to become saints, but there was also another Frenchman among the group.

César de Bus was born in France in 1544, and became the founder of the Fathers of Christian Doctrine religious congregation. He died in 1607, and will also be canonised in a future ceremony.

A brief history of monastic life in France

15 hours ago
4
Coronavirus: Daily updates on the situation in France