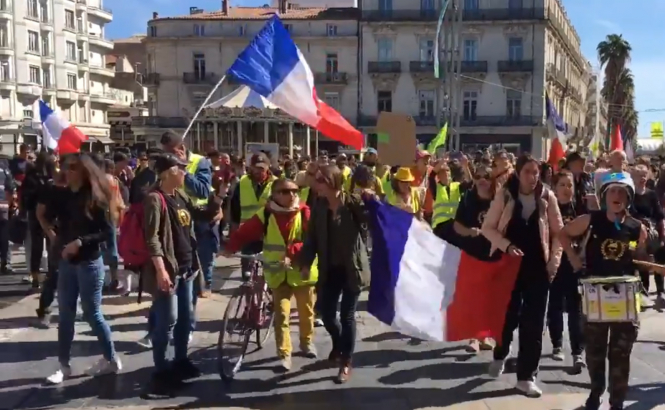 The gilets jaunes plan to join the major walkout planned by railway workers in protest over pension reforms on December 5.

The decision was announced following a gathering in Montpellier of some 600 protest organisers, representing 200 groups across the country, for a 'national assembly' at the weekend at which the future of the year-old movement was debated. An overwhelming majority voted to add their weight to the indefinite strike called by the CGT, FO, FSU and Solidaires unions.

The walkout is in support of SNCF and RATP workers planning an indefinite nationwide strike, with grievances concerning their “cheminot” status, and proposed pension reform.

The rail workers' strike does not enjoy widespread public support with six in 10 saying they do not back the plans. As reported, it is feared that the 'severe strike' could cause havoc in the run up to Christmas and the holiday season.

"The assembly of assemblies calls on the gilets jaunes to be at the heart of this movement, with their own demands and aspirations, at their workplaces or roundabouts, with their vests clearly visible," the representatives said in a statement following the vote.

The grassroots organisation's second 'assembly of assemblies' will take place in Toulouse at a date to be determined.