Grand Froid alerts continue - but this is no cold snap 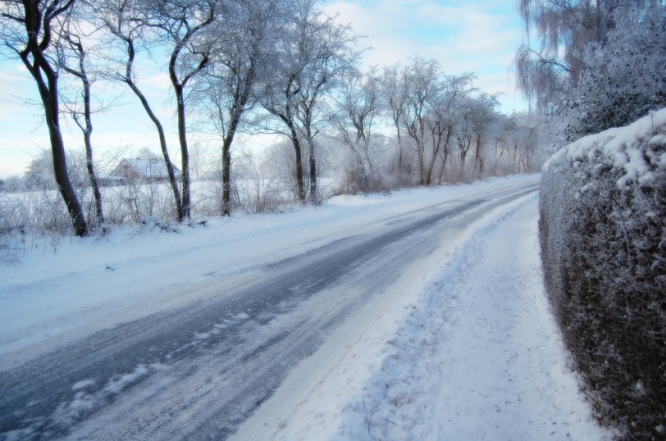 At 05:00 on Thursday February 11, weather stations recorded temperatures of -11C in Nancy, -9C in Strasbourg, Troyes, Epinal and Belfort, -7C in Langres and -6C in Mulhouse - but the wind-chill will make it feel noticeably colder still.

Overnight, the mercury dipped as low as -16.3C in Buhl-Lorraine (Moselle) and -13.3C in Strasbourg, the lowest temperature recorded in the city since the nationwide cold snap of 2012.

Meanwhile, Finistère, Côtes-d'Armor, Morbihan, Loire-Atlantique, Maine-et-Loire, Vendée, Deux-Sèvres and Vienne were on orange alert for snow and ice. While snowfall is expected to be short lived, forecasters said that it would be followed by freezing rain.

Motoring organisations report difficult driving conditions on the A19, at the A10 exit to Courtenay, on the A31 north of Nancy and on the A330 from Nancy to Epinal.

Overnight some 200 lorries were blocked by conditions in Finistère, 130 of them near Morlaix on the N12 linking Brest and Rennes. Another 50 were forced to stop on the N164 at Carhaix. The department's emergency services recorded 15 accidents that left 12 people with minor injuries.

Motorists have again been warned to avoid any unnecessary journeys with road conditions likely to be treacherous because of snow and ice.

"The safest journey is the one we avoid making," Anne Lavaud, general delegate of the Prévention Routière association, told FranceInfo, as she urged workers to avoid the daily commute in affected areas. "Today, we telecommute for other reasons - but snow and ice are also good reasons to try and work from home."

"We must in particular avoid wet areas such as bridges, understood when you are a pedestrian. These are sources of humidity that can be conducive to ice.

"We have to extend the safety distances because, of course, driving will be more difficult. It is also important to switch off cruise controls" she continued and explained that "it is really very important, whether there is snow or there is ice.

"They are real driving aids in normal times, but it is better to deactivate it in wintry conditions, because you have to be particularly vigilant and adapt your speed.”

But those shivering in the north of the country will be surprised to learn that France is not enduring a cold snap. While 12 departments remain on alert for 'grand froid' conditions, overall conditions across the country mean the current freezing spell does not meet the official definition of a 'cold snap' - at least three days during which "the temperatures reach values ​​clearly below the seasonal norms.

To cross this threshold, the average minimum temperature across the country must be below -2 ° C, specified Matthieu Sorel, climatologist at Météo-France.

"In the context of global warming that we are observing, France is experiencing fewer and fewer cold spells, which are also less intense and do not last as long," he told FranceInfo.

In truth, there have been only 86 'cold snap' days between 1995 and 2020. In the past decade just two official cold snaps have been recorded.

"We are going to be in a continuation or even an acceleration of the observed trend, with fewer and fewer cold spells and increasingly mild winters," Mr Sorel said.