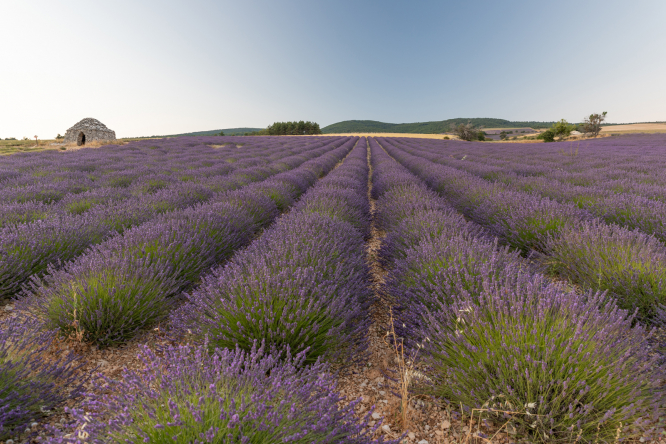 Purple swathes of lavender flowers growing naturally in France could be a thing of the past if new EU laws go ahead, producers have claimed.

A draft European Commission regulation which aims to create “an environment free from toxic substances” will change the legislation on certain molecules present in essential oils.

Under the EU regulation, all chemical molecules – including the 600-plus found in lavender – will be quantified and qualified, and potentially relabelled as dangerous.

“It’s a catastrophe,” said Eliane Brès, president of France Lavande, a cooperative of more than 100 producers from southeast France.

“If essential oils are classed in this way, it will be calamitous for so many people. For those who do not know better, lavender will be thought of as dangerous and this isn’t the case.

“Politicians now want to be whiter than white but this new law will not only have a dramatic effect financially on farmers and those who work in lavender, but also in every other aspect of our lives.

“It will be the end of lavender – it is that serious.” The chemicals strategy for sustainability, presented in October 2020, is part of Brussels’ Green Pact, which aims to steer Europe towards zero pollution.

To achieve this, Brussels plans to “ban the use of the most harmful chemicals in consumer products such as toys, cosmetics and detergents”, according to an EU press release.

The objective is to ensure that “chemicals are used in a safer and more sustainable way”.

The proposal includes a revision of the classification, labelling and packaging of substances, which producers fear will affect lavender essential oils. They are worried the new regulation will see skull and crossbones logos or danger warnings plastered over bottles of essential oils, as well as a statement saying that the oils can cause allergic reactions.

The proposed rules are a major blow to the lavender industry in France, which includes 2,500 producers, 130 distilleries, and 300 companies representing perfumery, cosmetics and aromatherapy.

Many are now protesting about the potential changes. A petition demanding the EU takes into account the specificity of natural products – and, in particular, that of essential oils – when implementing the new legislation has been signed by more than 95,000 people.

“We are also all putting signs up in our fields to get people’s attention,” said Ms Brès. “And we’re talking to politicians so that the issue is debated and something is done.

“The new regulations won’t just affect France, but the whole of Europe and even beyond.” For Ms Brès, there is a clear distinction between essential oils that have been naturally produced and those that have been artificially created.

“It is neither credible nor interesting to group them together,” she said.

“In a few years, this new law will include the bouquets of lavender that you see in the markets and in shops, believe me. And soon, the lavender fields that tourists love to visit will no longer exist.”

Ms Brès, who has been working in the lavender industry for more than 45 years, continued: “As with everything, you must know how to use lavender correctly. I was born into lavender – we use it with all our children and animals when they hurt themselves. We heal them with lavender. We put a little bit on their pillows to soothe babies and help them sleep.

'Lavender is all our life'

The EU says it has no intention of banning essential oils of lavender.

In a statement published in Le Figaro, the European executive said: “The fears on this subject are unfounded.”

The aim of the revision, it continued, was simply “to better protect consumer health and the environment”.

It also stressed that there was still some way to go before regulations change.

According to the European Commission, there will be no legislative proposal before the end of 2022.

This will then have to be discussed and adopted by the European Parliament, on the one hand, and by the Council, which brings together the 27 member states, on the other.

This will give all players involved time to discuss the issue before it comes into force, it added, which currently is not expected “before 2025”.