Had AstraZeneca jab in France? No need to worry, say experts 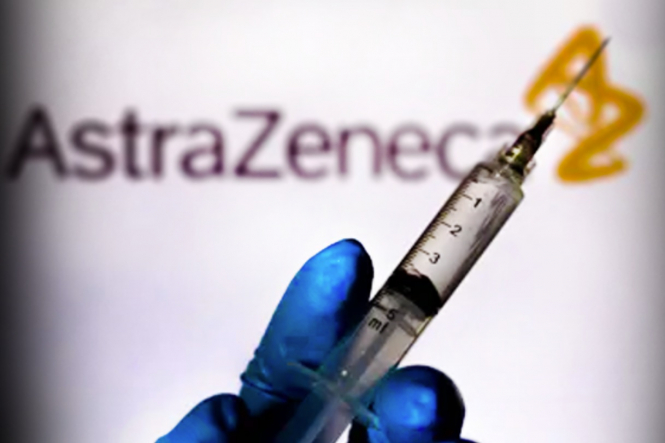 Medical experts say there is no need to worry if you have the AstraZeneca jab, as France awaits advice from Europe
By Hannah Thompson

People in France who have recently had the AstraZeneca vaccine have “no need to worry”, with most side-effects remaining mild, benign, and subsiding within 10 days of vaccination, health experts have said.

The French government has sought to reassure people who have already received one or two doses of the AstraZeneca vaccine, 24 hours after the jab was suspended in France pending further review from the European Medicines Agency (EMA).

The jab is suspected of causing blood clot issues in a very small number of patients, however no link has been formally established.

Figures from March 13 show that more than 1.3 million people in France had, by then, received at least one dose of the AstraZeneca vaccine.

Health Minister Olivier Véran this week said: “People are not in danger if they have been vaccinated by AstraZeneca. I am telling you, there are no particular steps you need to take.”

Mr Véran himself has already had the AstraZeneca jab (due to his work as a neurologist), he revealed on Twitter on February 8.

‘No need to worry’

Professor Alain Fischer, the head of France’s vaccination rollout, told news service FranceInter: “People who have been vaccinated more than 10 days ago, there is no need to worry.

“For those who have been vaccinated very recently, I would say simply, be alert, and if something abnormal is going on, consult your GP. It’s common sense.”

He said that most unwanted side-effects are noticed within 10 days of vaccination. He added that a “very small” number of severe effects had been reported in “around a dozen cases”, and “that it was their atypical character that justified” the suspension and closer examination of the jab.

The vaccination campaign is currently suspended pending the “green light” from the EMA. New advice is expected to be released tomorrow (Thursday March 18).

The amount of time suggested between two doses of the AstraZeneca vaccine is between nine and 12 weeks in France.

The most recent figures from medicines safety agency l’Agence Nationale de sécurité du Médicament et des produits de santé (ANSM), up to March 4, show that of the 454,545 AstraZeneca doses administered to that date in France, only 3,013 instances of side-effects had been reported.

The side-effects usually include pain or ache at the site of injection, fever, headaches, and sometimes nausea, vomiting, and dizziness.

Yet, the AstraZeneca jab has been suspended across Europe after it was suspected of causing blood clot issues in a very small number of patients.

Professor Fischer said: “The situation is that there have been new alerts coming from different European countries, about blood clot anomalies that are atypical, which could suggest that the vaccine might play a role.”

The EMA and other health authorities are now evaluating the cases, to see if there is a link between the vaccine and the reports.

In a statement on Tuesday (March 16), the EMA said it would examine “the information in detail” before its “special meeting” on Thursday March 18.

The World Health Organisation is doing the same. Yet, both agencies have already said that in the absence of proof that the vaccine is linked to the rare blood clot issues, countries should not suspend the AstraZeneca vaccine, as it is crucial to beating the pandemic worldwide.

The AstraZeneca vaccine represents around 30-35% of the jabs scheduled to take place in France in April.

The health minister has said that he is waiting for “a verdict from the European scientific community” before he will allow the suspension to lift.

But if the suspension continues following the advice from medical agencies this week, data shows that will cause a severe delay in the vaccine rollout in the country, even if the Pfizer and Moderna vaccinations continue, and even if the newly-approved Johnson & Johnson vaccine arrives next month as scheduled.

Prime Minister Jean Castex said yesterday that he would get a Covid-19 vaccination “very quickly” if the AstraZeneca suspension is lifted, to show the public “that we can continue completely safely”.

But he said: “Until now, I was waiting to be vaccinated when my time came, with no fast pass. But given what has happened with the AstraZeneca [jab], I believe it would be a good idea for me to be vaccinated very quickly [to show confidence in the jab].”